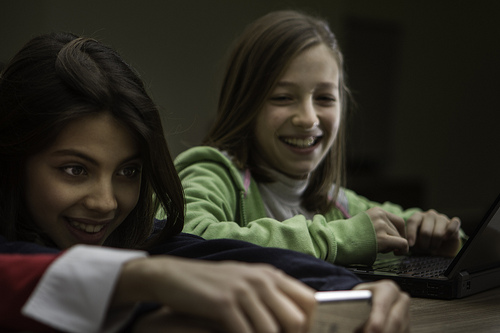 On Mother’s Day, 15-year-old Nichole Cable walked to the end of her long, secluded driveway in order to obtain marijuana from a Facebook acquaintance named Bryan Butterfield. Instead, a masked man jumped from the bushes, duct-taped her, threw her in the back of a pickup truck, and drove off. By the time the truck stopped, she was dead.

Investigators soon learned that Cable frequently used Facebook to communicate with Butterfield, who repeatedly asked to meet with her in person. Meeting with Butterfield, they learned that the account was fake, and that he suspected a friend, 20-year-old Kyle Dube, of having created a profile in his name. In the past, Cable had rebuffed Dube’s alleged sexual advances. Police suspect Dube created the fake Butterfield account because he believed he would be more successful.

The reactions of Cable’s classmates reflect a growing trend on social media. In short, teens are getting increasingly savvy about their privacy online…though it doesn’t look like what adults traditionally define as privacy.

Recently, Pew Internet and American Life Project released a report on teens and social media use. More specifically, they found that teens’ use of social media networks was starting to shift: they still use Facebook, but their enthusiasm is waning, and 24% of teens are now on Twitter (up from 16% in 2011). And they’re sharing increasingly private details:

To a parent, much of this can sound terrifying. Details like location fly in the face of traditional safety advice.

But there is good news: teens are also increasingly aware of privacy concerns. For instance, they’re more likely to use the social networks’ built-in privacy settings; 60% of teen Facebook users keep their profiles private so that only their friends can see it. They are increasingly concerned with who exactly gets added as a friend:

In other words, although Cable’s situation was (fortunately) unique, her classmates’ responses were not. Pruning and deactivating accounts is a relatively normal part of teen social media use.

Nearly one in five online teens say they have been contacted online by someone they did not know in a way that made them feel scared or uncomfortable. (These teens, for the record, are more likely to report pruning on their social networks.)

The Pew study makes one thing clear: teens understand traditional privacy concerns. Even those teens who share their location may do so intentionally. One focus group participant, for example, explained that he used location information so his parents would know where he was. Additionally, only a third of teens were Facebook friends with people they only knew online (excluding celebrities), in comparison to the 74% of teens who have pruned their friends list. Even more interestingly, 70% of online teens are Facebook friends with their parents.

One teen put it this way:

I think it is common knowledge that our parents tell us not to post anything because then someone else can look at it. There are creepers that might want to do something with you. And so they [parents] tell us that. But it is like we already know that, because we want to be safe ourselves.

While fear of ostracism means teens won’t abandon Facebook in the immediate future, they are approaching the social network with more caution and deliberateness.

So does this mean that parents can just shrug their shoulders and assume their teens are being cautious? Of course not. In fact, there’s some evidence that teens expect their parents to be online.

That doesn’t mean parents can see or understand everything. While only 5% of teens restrict what their parents can see, 58% say they share inside jokes or cloak their messages in some way. And other teens report having two Facebook profiles: one for friends and one for parents.

Why? Because parents, in their love for their children and their zeal for their safety, can break rules of netiquette. A female focus group participant explained, “I have two accounts […] but it’s not like I have anything to hide, it’s just [my parents are] so nosy and judge everything I do.” According to another participant, “If [my mom] was my friend, I wouldn’t let her see my profile because she comments on pretty much everything. It’s annoying.”

While adults are often anxious about shared data that might be used by government agencies, advertisers, or evil older men, teens are much more attentive to those who hold immediate power over them—parents, teachers, college admissions officers, army recruiters, etc. To adults, services like Facebook may seem “private” because you can use privacy tools, but they don’t feel that way to youth who feel like their privacy is invaded on a daily basis. […] Most teens aren’t worried about strangers; they’re worried about getting in trouble.

So what does this mean? Parents, how do you protect children in a world where predators exist?

As the findings from Pew indicate, it’s about finding the balance. Parents should be friends with their children on Facebook; kids expect it. It’s accountability for social media use. It makes kids think twice before they post.

On the other hands, parents should limit their interactions with their children on Facebook. The occasional comment or “like” may be fine and appropriate, but too much interaction directly on the teen’s profile may lead teens to restrict what they show to their parents.

And, of course, be intentional about periodically reviewing privacy settings and your family’s social networking policy with your teens. Is your daughter’s profile public? Ask why, and what she’s doing to keep herself safe. She may restrict what she posts online instead of using traditional privacy tools. Don’t like what your son said as a comment on someone’s photo? Talk to them about it offline, not in the semi-public sphere of Facebook.

Would these actions have saved Cable’s life? Not necessarily, especially since there’s some indication that she knew the real-life Butterfield and would have assumed his profile was legitimate. Although Megan Meier’s mother had control over her MySpace account, for example, Meier still committed suicide due to cyberbullying on the network.

Still, such actions set teens up for making wise decisions online. One young woman explained, “I kind of feel like [adult scrutiny] does teach you to watch what you post at the same time. Obviously, it is a little invading of the privacy, but I feel like it has taught me to watch what I post. What you post does represent you, whether you like it or not, it really does.”

And in a world where online predators and government spying scandals are real, where your information is tracked whether you want it to be or not, monitoring your child’s reputation may be the best solution available.