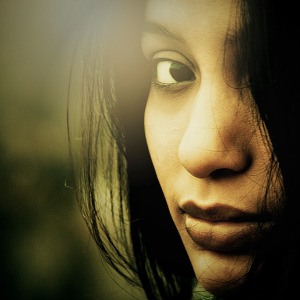 It is being called the modern equivalent of the Scarlet Letter. Online “slut shaming” is when someone uses a girl’s (or boy’s) photos, videos, or private information to brand that person as promiscuous or provocative.

Recently Temitayo said she saw something come across her newsfeed on Facebook: the picture of a girl, half-naked, lying on a bed. It was tagged with the girl’s name. Within less than an hour, the photo had more than 400 likes and 260 comments, like “your life is officially shot” and “I think she is gonna cut her veins when she see this.” The boy who posted the picture later updated his status to say that he had received 2,000 friend requests because of the photo.

Temitayo says these are “regular occurrences” at her school.

Sometimes a student might find or create an image of another teen that brands him or her a slut, posting it to Tumblr or Facebook. Others create whole Facebook pages or Twitter handles dedicated to this kind of virtual slander. Students might even make online “smut lists” for their neighborhood or school.

Boys have also been known to have sex with a girl and record the act on their phone—unbeknownst to her—only to have pictures and videos eventually uploaded online. These videos and photos can then be tagged with the name of the girl, and thus be viewable to all her friends.

For some, the double standard is infuriating. Boys can hold their heads up high, proud to show the proofs of their sexual conquests, available for all to see. Meanwhile, girls who fall prey to this slander are branded as easy, loose, or a whore.

And while boys are often instigators, girls are also common perpetrators, shaming their fellow classmates and acquaintances online and off.

Slut shaming also more broadly refers to putting down sluttiness in general, even when it’s not targeting any specific female. Facebook slut pages abound, filled with images and messages dedicated to keeping the slut label alive. Far from a prudish vibe, these pages exist for no other purpose than to relish in coarse jokes, display provocative images, and send the strong message: “If you act like a slut and dress like a slut, don’t be surprised to be treated like one.”

Slut shaming takes typical girl drama or locker room bragging to a whole new level, often causing a sense of deep humiliation and pain. It has even brought some girls to suicide.

Many have heard the story of Amanda Todd, who took her life on October 10, 2012. She posted a video to YouTube just a month before her suicide called, “My story: Struggling, bullying, suicide, self harm.” In the video, Amanda describes how she flashed a man using her webcam in seventh grade. The man put the image online and sent it to everyone she knew. In the video she says the bullying online and at school drove her to deep depression, alcohol, cutting, and a suicide attempt with bleach.

A month shy of her 16th birthday, she hung herself in her home.

Sadly, Amanda Todd joins a list of other young girls who have taken their life after the pressures of this type of abusive bullying.

When 18-year-old Jesse Logan sent a nude picture to her boyfriend, she had no idea that after they broke up he would show the pictures to others. Soon Jesse was the target of vicious comments at school. The harassment never seemed to stop. On July 3, 2008, she hung herself in her bedroom.

Thirteen-year-old Hope Witsell took a topless photo of herself and sent it to a boy she liked, hoping to gain his attention. Instead, a third party who was using the boy’s phone intercepted the photo and spread it around the school district. Hope was constantly bullied with vulgar remarks. On September 12, 2009, she used a scarf to strangle herself in her room.

On MySpace, seventh grader Sarah Lynn Butler started receiving messages about how rumors were circulating at school that she was a slut. The last message she read from her MySpace page said she would be “easily forgotten,” that she was just a stupid girl and nobody would miss her. She hanged herself that day, on September 26, 2009.

Phoebe Prince killed herself in her home on January 14, 2010. After briefly dating a popular football player from her school, a group of girls continually taunted her for more than three months, calling her “druggie” and “slut,” telling her she deserved to die. Her 12-year-old sister found Phoebe hanging in the stairwell of their home.

When certain football players started spreading rumors about Felicia Garcia sleeping with several of them at a recent party, the bullying became relentless. In full view of more than 200 students, 15-year-old Felicia jumped to her death in front of a train on October 24, 2012.

Suicide from shaming is, thankfully, rare, but each case offers a window into the deeply troubled world of someone facing this kind of harassment. Depression, self-harm, loneliness, thoughts of worthlessness—these are the emotional pains many girls carry from shaming.

What to Do about Slut Shaming

1. Don’t Give the Bullies Ammunition

Practically speaking, all children and teens should be told to be careful about how their behaviors on and offline can impact their reputations.

Sexting (sending or posting a sexually explicit image) can lead to unintended consequences, like it did for Amanda Todd and others.

danah boyd, Senior Researcher at Microsoft Research, says in nearly every school she visits she hears the same formulas for sexting gone awry. “Formula #1: Boy and girl are dating, images are shared. Boy and girl break up. Spurned lover shames the other by spreading images. Formula #2: Girl really likes boy, sends him sexy images. He responds by sharing them, shaming her.”

According to a survey by MTV and the Associated Press:

2. Address the Heart of Bullying Behavior

Slut shaming is not chiefly a technological issue. Addressing this form of bullying means finding effective ways to deal with the bullies themselves before they unleash their collective slander in a way that scars a person’s reputation.

Regardless of how one feels about the sexual behaviors of others, potential bullies need to be confronted in creative ways to expose the deep-seated reasons for their bullying behavior.

Parents – According to anti-bulling experts, passive or permissive parenting can perpetuate the problem. When parents refuse to discipline their children, they allow bullying attitudes and activities to continue. Children depend on structure, rules, and good role models to steer them to correct paths.

Schools – There are more effective anti-bullying programs available to schools today than ever before.