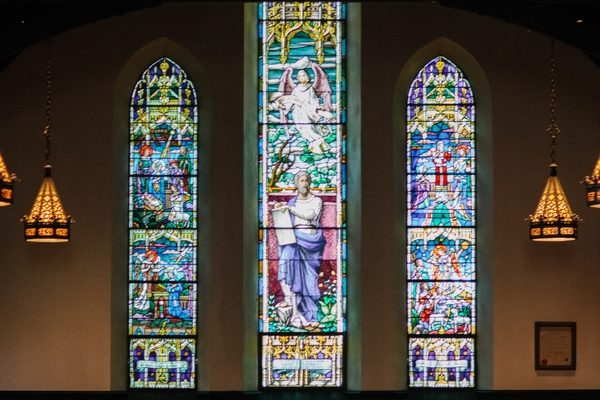 Dead. That’s exactly how John felt that morning as he faced the platform. He was singing along with the music, eyes closed, trying to focus on the lyrics, trying to lift his heart to God as best he knew how. But like many Sundays before, his soul felt shriveled and uncomfortably numb. If those who stood around him only knew the depths of his sin, how would they treat him?

If they knew about the websites he visited the night before, what would they say?

What would his wife say?

Men like John are all too common in the church today. According to Pure Desire Ministries, after collecting thousands of surveys from churches all over America, men like John comprise 60-70% of the men in our pews (plus 25-30% of women, and sadly, 50-58% of church leaders).

Can churches become communities where people like John find repentance, hope, and healing?

The good news is many leading churches are striving for this, and they are reshaping the culture of the church to change lives.

Dry Drunks in the Pews

How could so many Christians be so sexually broken and go unnoticed? Is this problem really as large as it is made out to be?

Some in the pews are undeniably addicts of the first degree: their sexual compulsions have brought them to unfathomable depths of perversion. And they are paying dearly for it.

“Our church, every church, all this culture are awash in lust, pornography, and every manner of sexual perversion,” says Pastor John Piper of Bethlehem Baptist Church. “We are, in fact, so awash that we’ve become fish who don’t even dream about air anymore.”

Opening the Can of Worms: Taking on Taboos

Some church leaders have said enough is enough, and they have become intentional and strategic about tackling this issue head-on.

James Reeves, senior pastor of Celebration Fellowship in Fort Worth, likens the damage of pornography to a coming tsunami. “The issue of sexual addiction caught us unaware at first,” Reeves writes. “All around us marriages began to fall apart, husbands started getting caught with pornography, in affairs, and visiting prostitutes, and we knew we had to do something. Although we were heavily involved in recovery ministry already, we knew very little about how to deal with the specific issue of sexual addiction. So we got informed, educated, and went to work.”

On Sept. 21, 2003, they devoted a special Sunday to the issue, entitled, “The Day Celebration Told the Truth about Pornography.” They had a panel discussion where six couples and one man, all of whom were in recovery, told their stories. They spoke about the shame, frustration, and despair that comes with this addiction, and they talked about their path to recovery so far.

Reeves didn’t announce the topic beforehand to his congregation so people would not come up with convenient excuses to miss church that morning. “From that day forward,” says Reeves, “we were off and running in ministering to men, women, and families caught in this area.”

Even smaller churches are taking action. Rev. Hank Van der Woerd ministers to a growing congregation of 250 families in the immigrant community in Southern Alberta, Canada. Even among this farming community, the members of Trinity United Reformed Church are no strangers to the problem of pornography.

Rev. Van der Woerd, along with ministers from surrounding churches, decided to organize a seminar for all their men, age 14 and up, where they communicated biblical, psychological, and practical advice for men facing this temptation. The event was well-attended, and while there were some naysayers, critics were soon silenced when they were confronted with the enormity of the problem.

For the elders of Trinity, this is only the beginning of their approach to this problem. Determined to help their 900 members, the elders have decided to set aside funds every year to purchase Covenant Eyes Internet Accountability for any family who wants it in their church. They are sending a message to the church-at-large: we want to be a community of hope and healing, where secrets sins can be brought into the light.

The Inevitable Fight with Shame

For many men and women who deeply struggle with sexual sin, a feeling of shame clings to them like a wet blanket and often become the biggest barrier against seeking help. Biblical counselor David Powlison says shame and guilt are related but distinct experiences. “Guilt is an awareness of failure against a standard,” such as a rule or a personal expectation. But shame, says Powlison, is “a sense of failure before the eyes of someone else.” Shame is overtly relational.

And religious environments, unfortunately, encourage masks and pretension. A few decades ago, Pastor James Reeves came to believe that the church (as he experienced it) was not a safe place to talk about real problems.

Reeves was saved at age 18 right off the street. He grew up, as he says, “poor white trash in a tin-roof house.” He was no stranger to drugs and alcohol. His own father died a penniless alcoholic in a flop house. Coming to Christ brought about a radical change in his life and eventually, after college, he entered a life of vocational ministry.

However, six years into his pastoral career he sunk into an inexplicable and deep depression. His fellow church leaders gave him a short sabbatical, during which Reeves discovered how insufficiently he had recovered from the hurts and sins of his past. He returned to his church, not only refreshed, but with a new vision for what he wanted his church to become. He desires his church to become a place where people feel free to bring their deepest hurts and their biggest secrets.

He calls it “Hospital Church.”

The church, says Reeves, is meant to be like a hospital gown. “The hospital gown is designed not for concealment but easy access.” Reeves dreams of a church where people can be completely transparent—warts and all—and for the past 20 years, Reeves and the leaders of Celebration Fellowship have worked hard to intentionally create an atmosphere of grace to make transparency possible.

He knew men and women were seeking private counseling for these problems—a tactic he calls “covert warfare”—but he wanted his church to be a place where men could be honest publicly about their struggles. Berry says he started Battle Plan for this very reason: to change the culture of his church and give men a safe forum for being honest without fear of condemnation.

Modeling Brokenness from the Front

“It’s so much harder to be first. No one knows what’s off limits yet and you’re setting the boundaries with your words. You’re throwing yourself on the honesty grenade and taking whatever fall out that comes with it. Going second is so much easier. And the ease only grows exponentially as people continue to share. But it has to be started somewhere. Someone has to go first, and I think it has to be us.”

In the New York metropolitan area, Grace Community Church reaches thousands with its weekend services. Nearly every week Pastor Jarrod Jones will stand on the platform and remind his congregation, “This is a church where it’s okay to not be okay.” Jones, himself, is no stranger to the struggle of sexual sin. He writes candidly about what he has learned from his own struggles in his book, 13 Ways to Ruin Your Life.

This environment of grace is one of the reasons why their Men’s L.I.F.E. Accountability Group is as strong as it is. Mike Pagna, who leads this Saturday morning fellowship, believes strongly that leaders need to set the pace when it comes to transparency. “I don’t care if I’m labeled a sex addict,” he says. Wanting more guys to come clean about their struggles, he would create venues to tell his story: men’s breakfasts, youth group events, anywhere he was given a platform. This not only drew guys to his group, but it also empowered men to be honest when they got there. “The leader needs to really, really lay it out. I need to lead with my junk so other guys can talk about theirs.”

This is the same approach used by Pastor Darrell Brazell of New Hope Fellowship in Lawrence, Kansas. Brazell struggled with pornography since he was 10. He pursued a career in ministry believing if he devoted his life to God in full-time service, God would make his sexual struggles go away. When this did not happen, his heart was eaten alive with shame, and the addiction only became worse.

Brazell started to find freedom when he opened up about his struggle to other fellow pastors. Because of his willingness to share his story with others, more and more men came to Brazell for help for their sexual sins. In October 2003, Brazell founded New Hope Fellowship, and to this day its sexual addiction recovery ministry is the church’s largest outreach to the surrounding community.

Brazell knows his situation is unique: not every pastor’s story is like his own. But he believes strongly that pastors need to be honest about their own weaknesses. “If the teaching pastors do not understand their own brokenness and constantly proclaim grace, no recovery ministry is going to thrive.”

Pastor Reeves says churches often make two mistakes when they reach out to sexually broken people: their church is either not a safe place, or they do not create a safe process. You need both, he says.

“The church has to be a safe place for people to tell their secrets and has to have a safe process for people to experience emotional and spiritual healing,” says Reeves. You can preach about grace and transparency, but if you don’t provide a forum for people to be discipled, learn, and grow, you will never see change. Similarly, you can create groups where sexual strugglers can go, but if the church is not a safe place to be a sexual struggler, very few people will take advantage of these ministries.