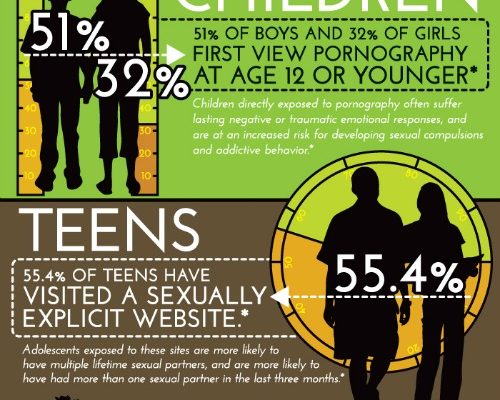 Statistics show that the use of pornography is on the rise, especially among young people. For some demographics, we can safely say that pornography use is not the exception anymore: it is the norm.

This infographic was created by Sarah Thomas, who blogs at theoldtroddenlane.com.