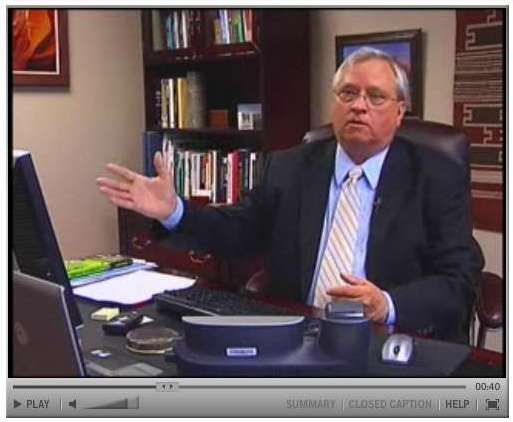 The debate about pornography access at the public library rages on in my little town of Owosso, Michigan. We’ve seen news coverage from local papers and TV stations, and tonight is the big meeting of the library Board. Who knows what will happen? How many citizens will show up to voice their opinions? Whatever happens, there are likely to be some people who are very unhappy.

On one side of the debate there is a strong sentiment against anything that stinks of censorship. Many ask, shouldn’t we have the right, as adults, to use the Internet at the library to its fullest?

Currently there are a couple policies on the table, one for each side of the debate. And Covenant Eyes is smack dab in the midst of it all.

I’m not much of an activist, and I typically think public discourse like this creates more heat than light, but being amidst a debate within my own town concerning an issue so near and dear to the heart of Covenant Eyes, I find the debate fascinating.

My Take (if anyone cares)

Certainly there is much room for debate on these issues. Precise wording of a policy matters. Details matter. I’m looking for a solution that will (#1) vigorously preserve First Amendment rights, (#2) uphold a standard of discouraging pornography use in public places, and (#3) be easy to implement for library staff and patrons. (Of course, if you disagree with #2, my recommendations won’t seem helpful.)

We are under no legal regulation that would require us to filter all computers (that only applies to certain federally funded libraries), but I believe the Supreme Court’s ruling on this can be very helpful and instructive for any library board seeking to write a good Internet policy. The American Library Association did not want the requirement of filtering on all public terminals as outlined by the Children’s Internet Protection Act (CIPA). But they lost in court because the Justices did not see any violation of First Amendment rights. As long as an adult can request that an overblocking filter is disabled “to enable access for bona-fide research or other lawful purposes,” there is no undue stress on anyone’s rights.

This is why I feel default filtering, with the option to disable, is the best policy.

Finally, this policy would actually grant more freedom for adult patrons who desire to use the library as it was intended to be used. Why have an “adult-only” section in the back of the library available to only a couple people at a time? Instead, under a default filtering policy, rightly written and administered, several patrons who might need the filter disabled to do research can use several computers in the library at the same time. This frees up more of the library to patrons.

Some have asked the question: But if I ask to have a filter disabled, won’t people assume I am trying to look at porn? I agree someone (namely the librarian who hears he request) could think that. But someone can just as easily think that about a person using a computer in an “unfiltered area” of the library. If I walk in to the library and see someone sitting at a computer behind a sign that says, “18 and Over,” anyone can just a easily and falsely assume pornography is being viewed. We shouldn’t write our policies on the basis of who might misunderstand our intentions.

Down with the Book-Burners

Our local paper, the Argus-Press, published an editorial yesterday slamming the whole Internet filtering initiative. (I recommend you read his article in full.) The Managing Editor, Dan Basso, made some . . . lively . . . comments. The group for filtering was branded as “thought police” using a “ham-fisted attempt” to impose its standards on the rest of the community.

Response from the American Family Association

To stir things up more, Gary Glenn, President of the American Family Association of Michigan, wrote a reply to Dan Basso yesterday. I will finish by quoting his letter in full:

I respect your right to disagree with those who think taxpayers should not be forced to pay to provide access to Internet pornography in a public building full of children, but I encourage you to take greater care to base your opinions on actual fact, especially those you publish in your capacity as part of the newspaper’s management.

There are several points on which you are simply in error, and several others in which your assertions are either illogical or inconsistent.

For example, the Supreme Court ruling applies to a federal law which requires all libraries that receive federal subsidies for Internet access must filter all computers. (This was signed into law by—from your perspective, apparently—”Censor and Book-Burner-in-Chief,” Democratic President Bill Clinton.)

You say you want to know who would decide what sites are “inappropriate.” Well, presumably, it’d be the same folks who right now decide what print materials are appropriate for display in the library, i.e., the library board, or more likely, the director.

But you say that filtering access to material in any way undermines the library’s mission. I’m going to guess it hasn’t escaped your attention that the board and/or director routinely engage in filtering and censoring print material when they decide not to place Hustler or Penthouse, for example, and no doubt lots of other books and publications, on the library shelves. (You would know better than I whether the library management uses bonfires in the performance of this function.)

Regardless, perhaps the Argus Press could launch and lead a movement of concerned citizens who share your apparent view that the library should provide all such publications at taxpayers’ expense. Good luck on discovering whether or not your standards on that represent those of the community.

Finally, you seem knowingly willing to raise red herring arguments based on simple technological ignorance, i.e., the ridiculously ignorant and outdated fallacy that filtering technology would prevent you from researching breast cancer or viewing Michangelo’s David.

As your own staff writer reported in today’s paper, “Bill Lawson, a customer service manager for Covenant Eyes…showed the audience a variety of Web searches and sites that could be accessed while using Covenant Eyes software. Some of the subjects he searched for and was able to access included sites for testicular cancer, sexually transmitted diseases, human sexuality and breast cancer.” (I’m sure Bill would be happy to repeat the demonstration for you and the editorial board so that future commentaries can at least be informed by the facts.)

What Bill also demonstrated is, that by a single click, a librarian could unblock any site inappropriately blocked in the extremely rare case that that may occur.

As the Washington Post reported regarding the 2003 Supreme Court decision: “A recent study by the Henry J. Kaiser Family Foundation (in partnership with researchers at the University of Michigan) found that, when set at the least restrictive level, filters correctly block 87 percent of pornography while incorrectly blocking an average of only 1.4 percent of sites with legitimate health information.” And the accuracy of filtering technology has only advanced further in the six years since.

You have the right to an opinion, Dan. You even have the First Amendment right to an opinion based on ignorance. But you have a responsibility to the newspaper, I assume, to maintain its credibility and reputation for providing factually accurate information—a reputation not fostered when your own reporter provides factually accurate information today on page one which exposes the managing editor’s technological ignorance as published on the editorial page.

The Equal Employment Opportunity Commission (EEOC) recommended that the Minneapolis Public Library award twelve librarians a total of $1 million in damages and attorney’s fees after they filed a complaint alleging a sexually hostile work environment based on the availability of Internet pornography in the library. It was eventually settled out of court for just under half a million.

AFA-Michigan will provide free legal counsel and representation to any employee who wishes to pursue a similar EEOC complaint and/or federal lawsuit against the Owosso library. (I encourage the Argus Press to publish this offer to ensure that library employees are fully aware of their rights under federal sexual harassment laws and their ability, if they choose, to pursue those rights free of charge.) It will be Owosso taxpayers, of course, who are left holding the bag for any damages and attorney’s fees that result if the library board follows the director’s recommendation that access to unfiltered Internet pornography be restored to the library.

Feel free to print any or all of these comments.