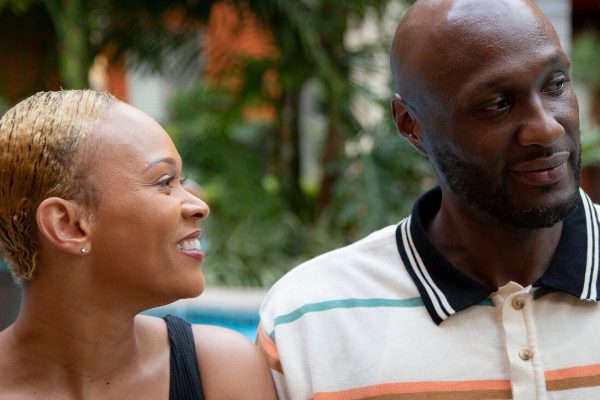 Sabrina Parr made headlines when she began dating two-time NBA champion and Dancing With The Stars contestant Lamar Odom in the summer of 2019. The fitness trainer and life coach has been an athlete her whole life. In high school, she was a two-time state track champion and five-time All American at Collinwood High School in Ohio. She’s a business owner and entrepreneur.

“He was reaching for his phone more than reaching for me,” said Sabrina about Lamar. “I had a problem with that. I want to be 100% desired especially if I’m lying right next to (him). I really didn’t understand why that was.”

Sabrina didn’t understand the addictive pull pornography has on people—the unlimited selection of anyone you want, doing whatever you want, with no commitment or fear of rejection.

“It did give me a sense of insecurity of just questioning what I need to do or who I need to be,” said Sabrina. She wondered how she could change her appearance, actions and behaviors, or tone to make her more attractive to Lamar. It gave her a lot of anxiety and discomfort.

After some thought, she realized it wasn’t her problem. She could not become something unrealistic. She realized Lamar needed to get help.

Her initial confrontations led to the opposite effect she was hoping for. “I think the shame created more pornography watching. It was just a vicious cycle,” she said.

Sabrina works alongside of him to help him get through his urges. She’s his ally. When they notice temptation arising, they go for a walk, exercise, watch a movie, or get some ice cream together. They also installed Covenant Eyes on Lamar’s devices, so he knows Sabrina will see what he sees on his screens.

“(You) just got to be not afraid to have conversations about what’s bothering you. Try to have a conversation with him. An honest conversation. I think you’ll know if he’s lying depending on how long you’ve been in the relationship with that person. Just try to talk to them and, without judging, don’t come off, ‘Why would you be…,’ like understanding, like, ‘Help me understand why you watch this. What does this do for you? And how can I help?’”

Watch Our Interview with Lamar