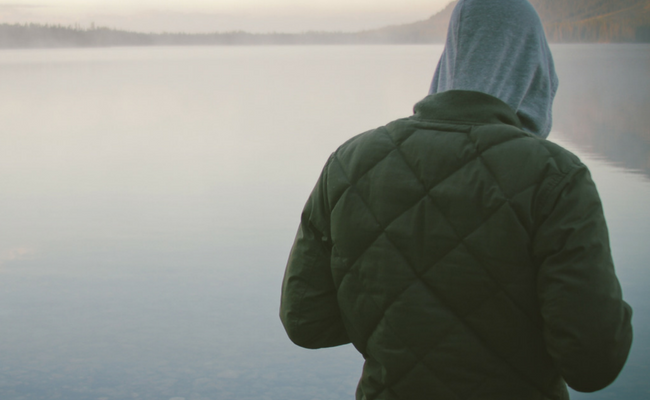 The Apostle Paul screams out at the end of Romans 7,“Wretched man that I am! Who will set me free from the body of this death?”

Those words resonate with you, don’t they? He feels like he is a wretched man because he knows the good he should be doing, and yet when he wants to do good, the sin nature within him rises and he ends up doing that which he did not want to do. He says it this way,“For the good that I want, I do not do, but I practice the very evil that I do not want.”

So, let’s look at three action steps that will help you develop a pattern of escaping temptation. 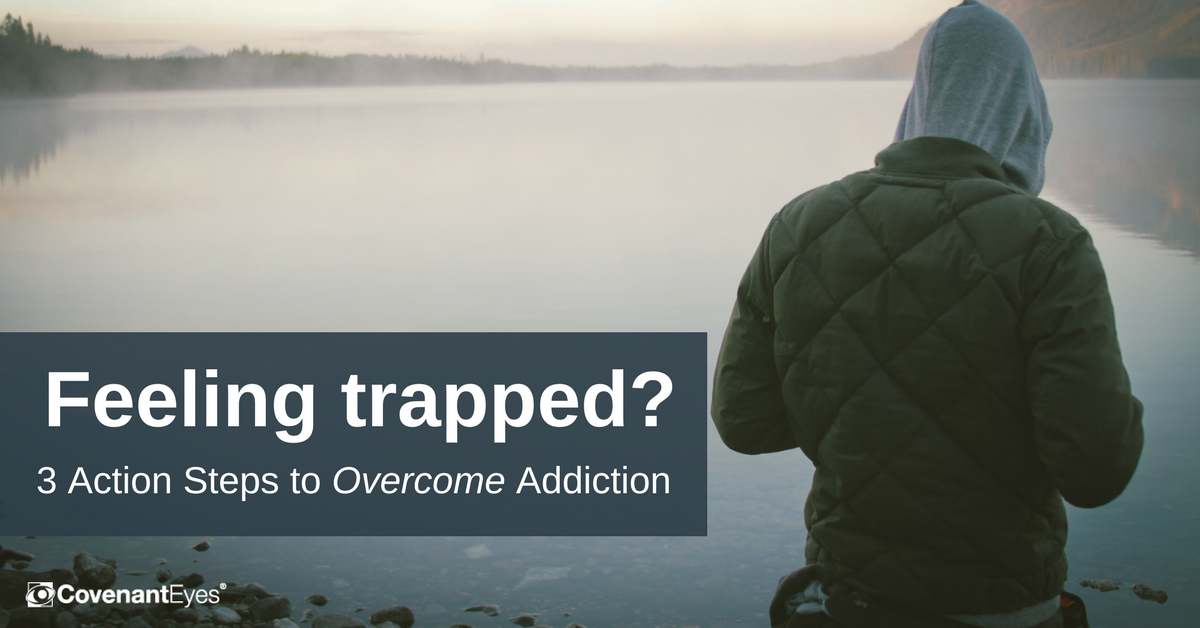 Step 1–Reach Up to God

We have many sayings at 180 Ministries (the sex addiction recovery ministry that I lead). One of those sayings for how to deal with temptation is: “Reach up to God and reach out to your team before reaching into your pants.”

The reason we need to first and foremost reach up to God is that He has the power to help us overcome temptation by the power of the Spirit who dwells within us.

We are told in Galatians 5 that if we walk in the Spirit we will not fulfill the desires of the flesh. It is the Spirit that battles against the flesh and the flesh that battles against the Spirit. We are not supposed to even get in the ring with temptation when it beckons us because it will whip us every time. Just look at your history. It’s like stepping into the ring with Mike Tyson and expecting him to not hit us.

Also, notice what God promises us in 1 Corinthians 10:13, “No temptation has overtaken you but such as is common to man; and God is faithful, who will not allow you to be tempted beyond what you are able, but with the temptation will provide the way of escape also, so that you will be able to endure it.”

Notice, God is faithful. He will not let you be tempted beyond what you are able because in the temptation He is right there and ready to help you escape.

The problem is the more we play around with the temptation, our frontal lobes begin to shut down. We lose our ability to think, reason, and have wisdom. We run on our animal instincts whose sole desire is to have an orgasm.

Now this will take time and training, but the more you do it the better you become at it. As soon as you sense temptation, or even better, think through your day and realize at what point you will be tempted, ask for God’s help. Ask for the Spirit to fill you and help you to flee youthful lusts.

Step 2–Reach Out to Your Team

This action step is just as important as the reaching up to God. When our conscience has been seared and we do not feel His presence with us, we can totally forget that the Spirit of God lives inside of us. We run to the temptation like children to the ice cream truck, who hear the tunes and come running, mouth salivating, for a cool, sweet orange popsicle.

When we have hardwired our brains to move toward temptation instead of away from it there is going to be a problem reaching out to the God who can give you the power and the escape. That is why reaching out to your team is absolutely critical.

What’s that? You do not have a team? You are so ashamed of your sexual sin that you are completely isolated? Then let me be blunt–you are dead meat. A lone sheep is a dead sheep and you are unprotected and a tasty morsel for the one who prowls about like a lion seeking whom he may devour.

If it were not for my two accountability partners, Gus and Craig, I might not have ever found freedom. Everyone needs to have at least two people they can reach to at a moment’s notice. I have 12 guys, and we are all on GroupMe and reach out to one another all the time. For example, I just timed it and sent a text “Help.” It took me 12 seconds to take out my phone and send the text and in 39 seconds I had a response. Then 60 seconds later, I had three more guys contact me to see if I was ok.

Related: The Pillars of Biblical Accountability

If you can’t find two accountability partners, 180 Ministries is beginning to establish Online Support Teams (OTS’s). I have 1181 subscribers to my daily e-mails in 34 nations and almost every state in the USA. People are telling me all the time that they are alone and cannot tell anyone. So, in the fall you will be able to join one of our OTS’s and be connected to a leader and five other people.  You will be able to remain anonymous or use first names only. There will be weekly accountability sessions at a time that works for you and you will have a support team to help you have almost immediate support when tempted.

Ok, I know that sounds weird, but I learned something recently in my recovery that has worked amazingly well for me. My biggest temptations always came when I had consumed a couple of drinks. I had boundaries about the number of drinks I could have and when I could have them, but I sometimes crossed those lines and I was weakened to temptation.

In April, my brother died at the age of 67, and I think he drank himself to death.  I don’t know that for sure, but our father was an alcoholic, as was his father. We had never been close because addicts like to isolate, but after the funeral, I decided that I would stop drinking completely for 90 days. I knew the withdrawal would be tough to get through.

That might sound dumb to you. However, I have always said that every person must work out their own recovery. Find what works for you. But no matter what it is, if it is not working, you are probably still living in isolation or lying to yourself and others.

180 Ministries is here to help you. Email me and I will add you to the list of our subscribers and let you know when the OTS’s begin.