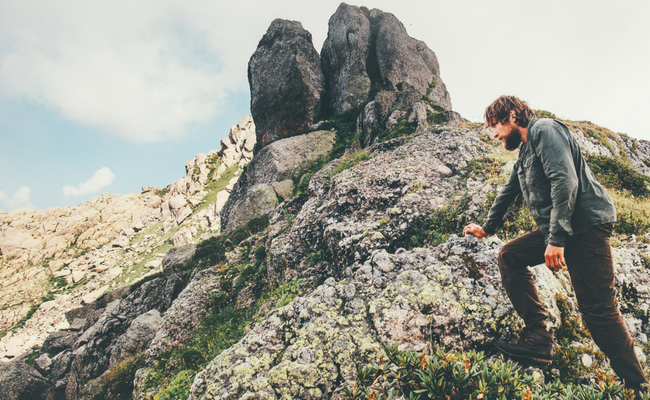 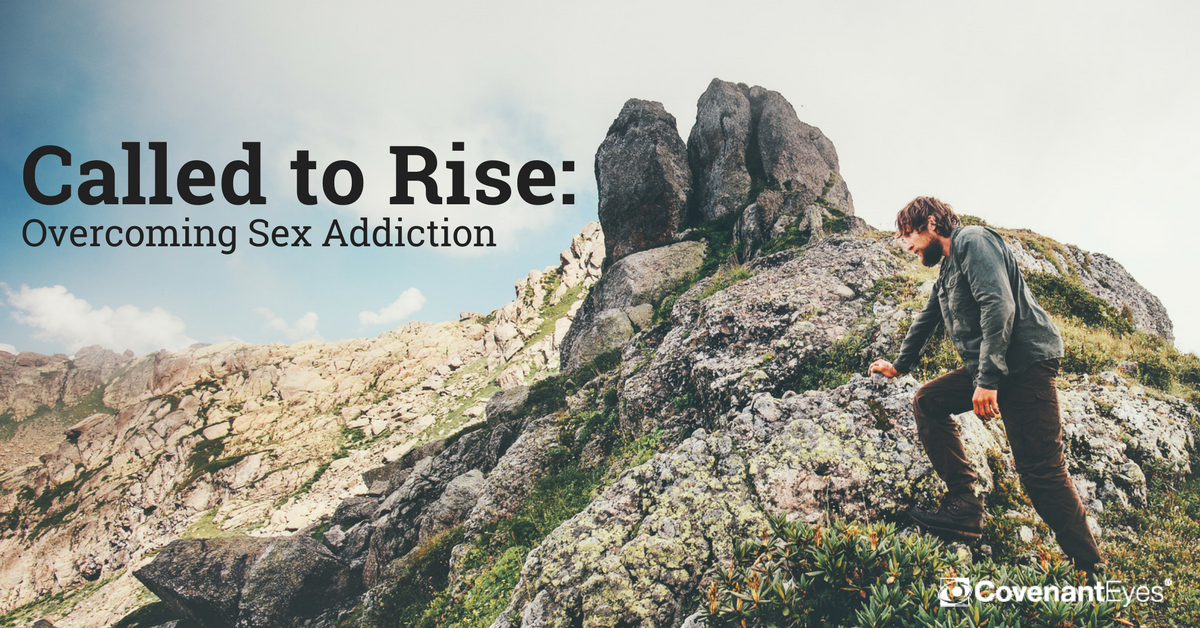 Overcoming sexual addiction can feel impossible. For many, it is one of the hardest addictions to break. Several factors complicate sexual compulsivity. These include the age of first exposure to sex and pornography, the extremity and frequency of acting out behaviors, the presence of early abuse or trauma, and any underlying disorders.

Sexual addicts in recovery have a disadvantage because our drug is always available. Can you imagine the challenge of abstinence if a chronic smoker had cigarettes attached to their body? Sexual addicts can find sensual images almost anywhere. Whenever we want to, we can get a good high in our own minds. We are our own pharmacy.[i]

Related: Am I a Sex Addict?

Dr. Patrick Carnes differentiates sexual addiction from other addictions, noting how sexuality plays on all five of the senses.[ii] An alcoholic doesn’t care how beautiful their beer is. The sexual addict is attentively tuned into the visual attractiveness of their lust-drug and the other senses play their part in this sexual symphony. Of course this also means that all five senses can become compelling triggers, increasing the unwelcome allure for those trying to resist temptation.

Also, sexual addiction plays on powerful neurochemicals. Used repeatedly throughout time, it can be difficult to pause this pattern. At the first sign of sobriety, some go through severe withdrawal. In this excruciating state, it is really hard not to run back to familiar highs.

Additionally, when sexual experiences are sought to cope with all of life’s stressors, sexual addicts do not naturally know the benefits of reaching for relational soothing or other forms of healthy coping. This can result in lengthened periods of discomfort without their drug of choice. These are some of the significant reasons why sexual addiction is so challenging to overcome.

What Will We Do?

So, what will we do with this information? Crawl into a corner and wait for the next craving? Will we continue with futile attempts that further our sense of failure? Will we simply settle for a disconnected, compulsive, and mediocre existence? We can choose those things. But if we do, there are unforeseen and unpredictable consequences. We take great risk.

Are you ready to do the work of recovery, knowing that it will likely be the hardest ordeal of your life? I stand in agreement with Arnold Palmer who said that the “most rewarding things you do in life are often the ones that look like they cannot be done.”[iii] In the face of this seemingly impossible feat, will you have the courage to face your greatest fears and rise up?

In the Batman movie The Dark Knight Rises, we were introduced to a similarly difficult scenario. Alfred set the scene describing a distant pit-like prison where men were dumped to die.

It was in this pit where Bruce Wayne (Batman) was cast to waste away, while Bane, the villain, ravaged his city. Bruce’s heart was set on escape. With a thick rope tied around his waist, he ascended the tall chasm. About halfway up, he reached a ledge where he could leap. In that decisive moment, he flew through the air, missed the necessary hand-hold, then plummeted down to the painful end of his rope. Despite his dangerous descent, he kept training and trying, haunted by the historic moment when a child once successfully climbed up and out. This gave Bruce enough belief to persevere.

As Bruce considered the very real ramifications of remaining in the pit, he decidedly declared that he would not die in there. On the TV he saw his city going to hell in a hand basket, an angering and unacceptable reality he was determined to change.

Do you possess a motivating passion to escape the pain that is packaged with a lust-driven life? It could come from the humiliation of getting caught, the trauma of those who trust you, massive missed opportunities and denied dreams, disconnection from the Divine, damaged credibility, the continuation of generational addiction, or the nagging guilt of living an incongruent life.

Maybe you have tasted some of these trials. Maybe the denial is so deep, you think you are the exception; surely you will escape unscathed. Why fight hard for your freedom when you can postpone it another day?

The problem with this wishful thinking is it is both unrealistic and not very motivating. I have seen so many people deny their future destruction until it was staring them dead in the face.

Rising from the Pit

One day, a blind prisoner gave Bruce the key to his puzzle, taking his efforts to the next level. He told Bruce that in order to tap into the strength to ascend beyond what he believed was possible, he needed to connect with his fear and the fight to survive. The only way this would be accomplished was making the climb like the child did, without his safety rope. Only then, the prisoner promised, would he connect with a much deeper motivating fear.

In the next scene, Bruce packed up his meager belongings. Walking up to the bottom of the dark hole, he refused the rope. The crowd gathered as he began his final climb. This time it was all or nothing. Failure would be fatal. Knowing this, Bruce ascended with a deeper determination. In a foreign language, his fellow prisoners began chanting, “Rise! Rise! Rise!”

Then Bruce came to the fateful ledge where he had failed time and time again. In a moment of breath-taking silence, Bruce leaped farther than ever before. In that shocking second, he caught the ledge and pulled himself up to the next level. The crowd cheered. Shortly after, he climbed out of the darkness into a bright new day. Before leaving for his greater mission, he dropped a rope down for others who were ready to make the courageous climb themselves. He was free.

What Is Your Rope?

When you think about the potential for healing from sexual addiction, what is your rope? Your rope represents that which feels easy, safe, or convenient but hinders real recovery. It keeps you comfortable enough that you never connect with the determined passion to defy all odds, creating a liberated life of lasting change.

A sexual addict’s rope could be their unwillingness to give up all forms of lust. This may mean an external commitment to eradicate public acting out while internally staying in a state of sensual intoxication. Another rope could be isolation. This could entail stopping addictive behavior without replacing it with healing connection. Avoidance of pain is another potential rope. This could lead someone to avoid exposing infected inner wounds to a therapist, propel a passive attitude, increase dishonesty and the protection of shameful secrets, or weaken one’s willingness to wrestle through withdrawal.

All of these strategies put on the appearance of healing but will inevitably lead to false starts and failed attempts. Without the surrender of such ropes, recovery will remain surface level. Thorough transformation will not occur.

Think about it: What ropes are restricting your recovery? Write them down.

Made for a Mission

As you consider surrendering your restrictive ropes, imagine what meaningful mission is worth pursuing beyond your pit. I believe each of us was created to contribute. Every person has a purpose.

When one of us is absent from life’s arena due to disconnection and addiction, we all suffer.

But when one warrior courageously climbs out of their pit, they are transformed in the process. They grow in love for others and themselves. They wish for a better world. Self-esteem is strengthened. Boldness is bolstered. Ability to rest in the hands of a Higher Power is restored. Faith in community comes to fruition. In such a state of mind, they are readied to make a ripple effect. Rising from the pit, they are prepared to meet their greatest potential.

Related: Your Sexual Purity Isn’t Just About You

If you were free to fulfill your highest purpose, what would you pursue? Meditate on your mission. Allow future adventures to fuel present resolve.

Imagining the freedom of the future, I believe you will find the courage to make the climb of your life. It is true that recovery from sexual addiction is painfully difficult. But Bruce Wayne will tell you that leaving behind the comforts of the rope to re-engage in the adventure is both honorable and heroic. As you look up and begin placing one hand over another, those of us who have climbed and conquered are cheering you on. Collectively we call out, “Rise! Rise! Rise!”

You can do this. This is the steep path of least regrets, a path to be proud of.

This is the courageous climb up to life after lust.

This post is a copyrighted excerpt from the book Life After Lust: Stories & Strategies for Sex & Pornography Addiction Recovery.

Forest Benedict is the author of the new book Life After Lust: Stories & Strategies for Sex & Pornography Addiction Recovery. He is a Licensed Marriage and Family Therapist and Sexual Addiction Treatment Provider (SATP) who serves as the Clinical Director of LifeSTAR of the Central Valley, an outpatient sexual addiction treatment program. Forest is the Program Manager of the SATP program at Mid-America Nazarene University, where he trains therapists to do sexual addiction treatment. Forest blogs regularly and has written for XXXChurch and Protect Young Minds. Passionate about protecting children from pornography, Forest speaks publicly on this timely topic. Forest’s life work and writing are the result of his personal recovery journey out of sexual addiction. Forest is a husband and father who lives in Fresno, CA.