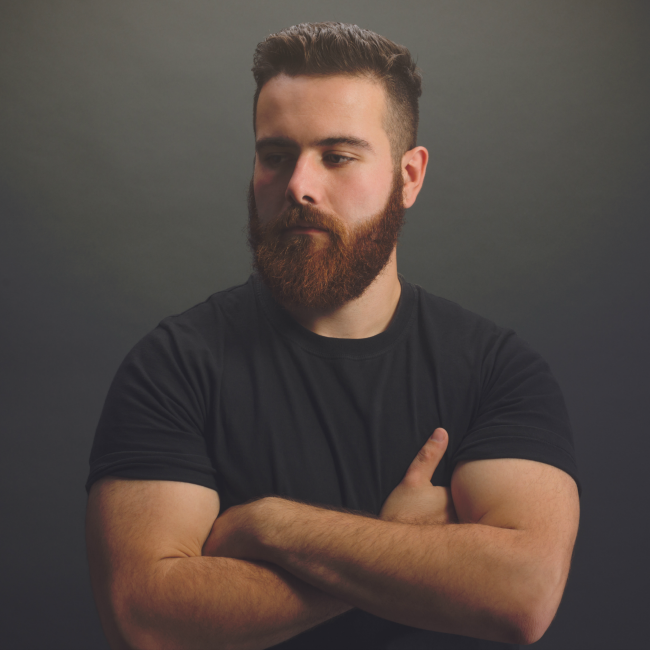 Too many men and women who struggle with sexual temptation love trying harder. If there’s still a bookstore in your town, you’ll probably find a wide assortment of “self-help” books for every human inclination. Our American, “pull myself up by my bootstraps” self-sufficiency compels us to want to fix it ourselves.

The problem is this: if “self” got me into the addiction, what are the chances “self” is the solution? More of me and my effort has never worked. All of my efforts are imperfect and tainted with an ugly undertone of pride if I’m honest.

A “Complete and Effective Decision About Sin”

Although I’m far from an everyday devotional guy, the book I most often pick up other than my Bible, is My Utmost for His Highest by Oswald Chambers. This Christian classic was interestingly compiled by Chambers’ wife, Gertrude Hobbs, after his death, using notes from his sermons to students and soldiers. It has been an invaluable spiritual resource for me. Even though I have cycled through it multiple times, I find it has a profound depth that continues to reveal new truths about the nature of God because of its tight connection to God’s Word.

On April 10th years ago, I read this:

Have you made the following decision about sin—that it must be completely killed in you? It takes a long time to come to the point of making this complete and effective decision about sin. It is, however, the greatest moment in your life once you decide that sin must die in you– not simply be restrained, suppressed, or counteracted, but crucified—just as Jesus Christ died for the sin of the world. No one can bring anyone else to this decision. We may be mentally and spiritually convinced, but what we need to do is actually make the decision that Paul urged us to do in this passage.

Pull yourself up, take some time alone with God, and make this important decision, saying, “Lord, identify me with Your death until I know that sin is dead in me.” Make the moral decision that sin in you must be put to death.

… Are you prepared to let the Spirit of God search you until you know what the level and nature of sin is in your life—to see the very things that struggle against God’s Spirit in you? If so, will you then agree with God’s verdict on the nature of sin— that it should be identified with the death of Jesus? You cannot “reckon yourselves to be dead indeed to sin” (Rom. 6:11) unless you have radically dealt with the issue of your will before God.

For days I thought about the phrase, “complete and effective decision about sin.” What does that type of decision look like? Here are three ideas:

Be Still and Know

The devotion pushes us to set aside the busyness of life and get alone with God.

Where are you most relaxed? Where are you most focused? Where is your favorite spot on earth? Yes, go there. Spend an extended amount of time there. If it takes you two to three days to calm down and start to relax, then take a five day break away from everything and look God in the face.

Our God is not distant–it’s our mind that has often runs far away from Him. “Be still and know that I am God” (Ps. 46:10) is not a pithy suggestion to go take a nap. It is an exhortation to actively seek the face of God through a zoomed in, knuckled down, concentrated, honed in focus on Him.

A natural response to this idea is “I don’t have time.”

Is this really true? If you added up all the time you’ve spent in whatever you are battling, how much time would it be? Hours? Days? Weeks?

It’s not about having time. It’s about making time. Gandhi said, “Actions express priorities.” If your priority is to make a “complete and effective decision” about your sin, then you’ll have to make time for it.

Have you ever watched any movie that depicts the storming of Normandy Beach on D-Day, June 6, 1944? The scenes are intense and graphic. I’ve often wondered what was going through the minds of those young men who approached the beach in amphibious boats with the sounds of bullets and bombs everywhere. I imagine it was a tangled mix of abject fear and intense focus on a singular task. Kill or be killed. Is that similar to how you approach your addiction?

1 Peter 5:8 says, “Be self-controlled and alert. Your enemy the devil prowls around like a roaring lion looking for someone to devour. Resist him, standing firm in the faith.”

Thanks to Simba, many of us have a Disney-like impression of lions. All of them are cute, talkative, and animated. Compare this to what lions truly are. In nature, nothing hunts lions. They are apex predators–at the top of the food chain. Have you ever watched a pack of hungry lions hunt and then eat? Stealthy. Quick. Violent. Bloody. Ripping away flesh from bone. They are a predator, finely tuned to hunt and kill.

This is our enemy. Know him and appreciate what you’re up against. And then, pray as if you’re standing with your comrades on the boat, ready to storm the beach. The sounds of war are all around you.

Will you pray like a victor? Yes, fall on your face and cry out to God, but then lift your head up in confidence and pray as if your life depended on it.

Often in the guilt-ridden moments immediately after we commit some habitual sin, we find ourselves willing to do almost anything to “not do that again.” There is a very slim window of time where it is absolutely necessary to make decisions that prevent us from backsliding again.

In another sermon, Oswald Chambers said, “If the Spirit of God has stirred you, make as many of your decisions as possible irrevocable, and let the consequences be what they will.”

In the moment you are at the bottom, make as many good decisions as possible that are difficult to undo.

Make a phone call. Set up an appointment. Text a trusted friend to tell him about your sin, no matter how embarrassed you are. Take the smartphone into the garage and pound it with a hammer no matter how much that will cost. Give your accountability partner control over the 4-digit restrictions for your iPhone no matter how inconvenient it is. Join a support group of some kind no matter how prideful you are. Do something.

Make a decision and move. Go. And then, tell as many people as possible about what you’ve decided to do.

Has there been one “revolutionary” idea that has convicted you personally about your sexual addiction? As an encouragement to others, I invite you to share it in the comments below.