Failure: The Making of a Mentor - Covenant Eyes 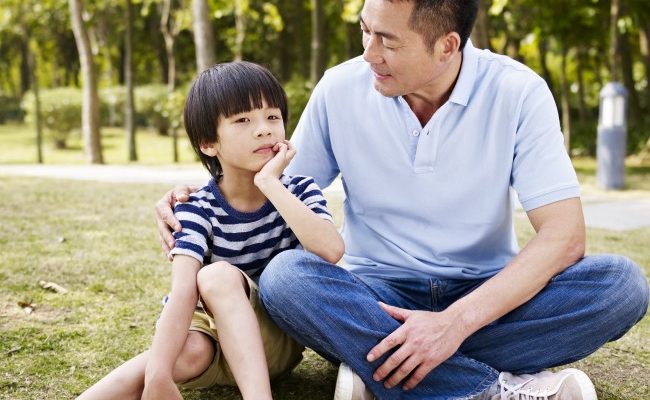 Parents who have never struggled with at least the occasional desire to look at pornography or fantasize often make poor mentors for their kids in this area. Why?

The number one thing a child worries about when it comes to receiving help from an adult in the area of avoiding pornography is, “Will they be angry if they know what goes through my mind?” At least, that is what my son now tells me was his greatest fear.

Among other questions and fears that run through our children’s minds are:

Above all, the question that runs through a child’s mind when considering being honest about his or her feelings is, “Will they understand?”

When I was old enough to feel the allure of pornography and sexual fantasy, I was dismayed with myself. I could not imagine my father had ever felt such a thing, much less ever given in to it. I was too afraid to bring it up myself. He never broached the subject, so I was left alone to try to resist a pull that felt irresistible. I was not successful–ending up with the largest collection of illicit magazines of any teenager I knew. I was ashamed of myself, but felt I had no power against the feelings inside me. I was in my early 30s and had nearly destroyed my marriage, before I found any help.

When my own son turned 11, I began mentoring him to avoid what had once enslaved me. I knew he had no chance without help considering the alarming proliferation of pornography since my childhood.

I was nervous because I didn’t feel qualified to help him. I was a disaster as a kid, completely unable to control myself—what did I know about helping my son?

But I could not just let him flounder alone like I had. I began talking with him on a weekly basis about what he was feeling and experiencing, giving him tips and help as best I could.

Then the day came: I had given in to fantasy and knew I would have to tell him if I was to be honest. My own son. I was nothing short of terrified. I was certain he would lose respect for me and no longer come to me for help when his own desires felt too strong, but I forced myself to tell him.

He was about 13 at the time, and we were working in the backyard. I slowly shared with my son how I had given in and entertained fantasy. I braced myself for his response. What he said surprised me. He let out a long sigh of relief and said, “I’m sure glad I’m not the only one.”

This was a turning point in our conversations. He opened up to me much more after that. My admission of failure was what made me safe for my son to talk to. He finally knew for sure that I understood how he felt.

To any parent who fears being accountable to their own son or daughter because of their own imperfection, I would say this: your failures qualify you as a mentor. If a parent has never struggled against the allure of pornography, fantasy or illicit behavior, they have no experience to draw from to help their children. What our children fear most is that we do not understand them.

Today my son and I speak frequently to parent groups, teaching them how to share accountability effectively with their children. As I stand in front of them, it is almost always the fathers who look more nervous. The fear in their eyes is clear, and I understand why. Most of them still struggle occasionally with the things they are supposed to help their children resist. I try to assure them that their imperfection is their strength. Their children will fail sometimes, that is nearly guaranteed. Their children will need to see how a parent deals with failure, so they can do the same. It would be discouraging for a child to have to fail in front of a parent who appears to be perfect.

Mentoring and accountability is most effective as a two-way street. This does not change when it is between parent and child. It is critical for us as parents to be transparent about our struggles, successes and failures. Through them we strengthen the bond with our imperfect children and move toward a better way of living together.

3 comments on “Failure: The Making of a Mentor”