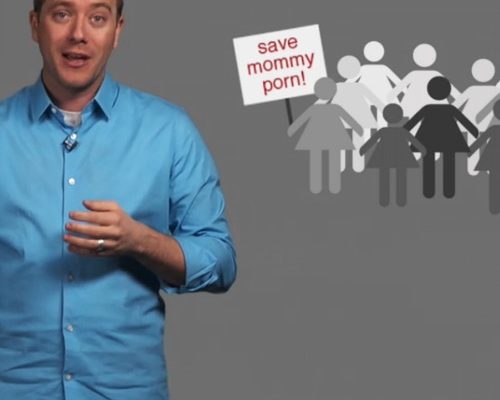 It’s an international best-seller, a raunchy musical, and a major R-rated motion picture. It is the fastest-selling paperback book of all time (that is now part of a trilogy), and it is a franchise worth millions.

Fifty Shades of Grey has taken the world by storm over the last several years, and with the film coming out in a few weeks, everyone is talking about the books all over again.

Here’s my rundown of 50 fast facts you should know about Fifty Shades of Grey.

Want to see the follow-up video? Watch “4 Lies About Sexuality in Fifty Shades of Grey.”

The sources below correspond to the facts in the video. For Covenant Eyes users, keep in mind some links may be rated higher than others.

#9: “What does Tess of the D’Urbervilles Have in Common with Fifty Shades? Abuse,” Jane Eyre’s Legacy

#12: “Fifty Shades of Success: Behind the (Sex) Scenes With E.L. James,” Huffington Post

#15: “The Lost History of Fifty Shades of Grey,” AdWeek.com

#26: “EL James comes out on top at National Book awards,” The Guardian

#34: “Women who read Fifty Shades of Grey are more likely to have abusive partners and eating disorders, study finds,” The Independent

#37: “Fifty Shades of Grey Has Officially Been Rated!” ComingSoon.net

#45: “Fifty Shades of Grey producer reveals they will make TWO versions: One restrained and one more gritty for fans who ‘want it dirty,'” Daily Mail

#49: “Interview: Betty Dodson,” SimplySxy.com; “Now ‘50 Shades of Grey’ is Tickling the Mental Clitorises of Women Across the Nation,” DodsonAndRoss.com

Comments on “50 Fast Facts About Fifty Shades of Grey”