How to Take Every Thought Captive: The Battle for Your Mind 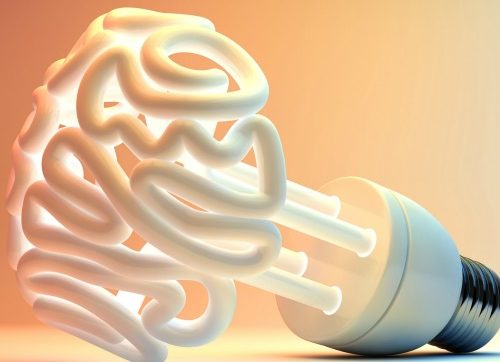 Rick Thomas leads a training network for Christians to assist them in becoming more effective soul care providers. RickThomas.net reaches people around the world through consulting, training, podcasting, writing, counseling, and speaking.  In 1990 he earned a BA in Theology and in 1991 he earned a BS in Education. In 1993 he was ordained into Christian ministry, and in 2000 he graduated with a MA in Counseling from The Master’s College in Santa Clarita, CA. In 2006 he was recognized as a  Fellow with Association of Certified Biblical Counselors (ACBC).

Either way, whether from you or another, any false argument launched against you can turn into a stronghold in your mind that will spiritually debilitate you.

For the weapons of our warfare are not of the flesh but have divine power to destroy strongholds. We destroy arguments and every lofty opinion raised against the knowledge of God, and take every thought captive to obey Christ. (2 Corinthians 10:4-5) 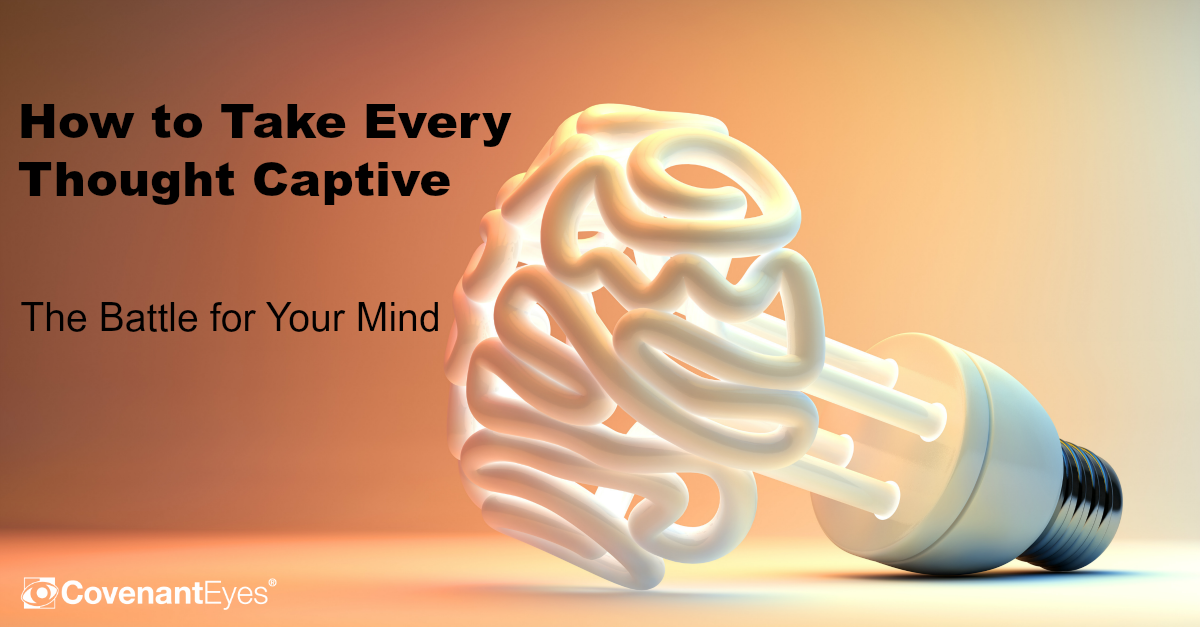 We all are susceptible to false arguments that control our minds.

There are recurring thought patterns, if left unchecked, will become the dominating argument of a person’s mind, to the point where they become what the argument says they are.

Madison was such a person. She was bound by fear. Some call it insecurity, which is a fair term. She was an insecure young woman who was preoccupied by the arguments that swirled around in her head.

She had learned early in life that performing for others was the way to be accepted. Her daddy taught her this by his passive parenting model and in the brief moments when he did say something, it was generally discouraging.

This helped to shape her as a people-pleaser. She was motivated to not disappoint others and incur their displeasure. She became all things to all people with the hope of being accepted.

In time, she became what others expected her to be. Though her early years with Christ were met with excitement, eventually the old argument came back. The stronghold was never broken.

To put off your old self, which belongs to your former manner of life and is corrupt through deceitful desires, and to be renewed in the spirit of your minds. (Ephesians 4:22-23)

She was still living the way she always lived and had not learned how to renew her mind according to true right living and true holiness. She was what I call an unbelieving believer–a Christian who still lives according to an un-Christian quality of life.

And to put on the new self, created after the likeness of God in true righteousness and holiness. (Ephesians 4:24)

Madison was in a warfare of the mind. It was her mind that was under attack. According to Paul, this was more than just a human, living in a human body, being attacked by the negativity of other humans.

Though that was true, it was more than that. We live in a spiritual world where there are real demonic forces who are out to destroy the knowledge of Christ that resides in us.

The evil spiritual world cannot utterly destroy us because Satan is not God’s evil equal. But there are demonic forces who would enjoy nothing more than to derail a child of God from making God’s name great in this world.

Paul called this a spiritual warfare in this passage. He tended to view his Christian life as a life of spiritual warfare. Knowing where the main battle comes from is huge when you go to war.

For though we walk in the flesh, we are not waging war according to the flesh. (2 Corinthians 10:3)

Do you know you are in spiritual warfare? Do you know there is a relentless spiritual battle happening in this world and you’re part of it? You’re not a sideline reporter, but an active participant.

And the Lord said to Satan, “Behold, all that he has is in your hand. Only against him do not stretch out your hand.” So Satan went out from the presence of the LORD. (Job 1:12)

What Paul teaches us in 1 Corinthians 10 is not new. Spiritual warfare has been going on since Adam and Eve took their first bite of disobedience. The Devil tried to knock them off and he succeeded to a degree. He and his are trying to circumvent the work of God in your life too.

Do you know you have weapons to fight these spiritual battles—weapons that are divinely empowered? Do you know these weapons are designed with the power to destroy the strongholds in your mind?

Madison did not know this. One of the tricks of the evil ones is to disorient and deceive you. This is what Satan did to Eve. This is what was happening to Madison. She had bought the lie.

She believed there was something wrong with her. Owning her faith and living as a new creation in Christ were nice theological words that had no effect on her life. She was so wrapped up in her own fear, she did not know how to live in the freedom and good of God’s Gospel.

What is a stronghold?

These weapons of warfare are the divinely empowered truths of the Gospel. The real deal for you is whether you will use these weapons to destroy the strongholds—arguments and arrogant opinions raised up against God as revealed in Christ.

A stronghold is an argument you believe that contradicts the person and power of Christ. A stronghold is a thought fortress of arguments that take you captive and hold you as a prisoner. These fortresses are designed to negate the person of Christ and His power (the Gospel) in your life.

Madison had bought the lie of insecurity or fear of man (Proverbs 29:25). Her fear ensnared her to a life of bondage, as manifested through people-pleasing, peer-pressure, and worry and anxiety about what others thought about her.

She was overly focused about nearly everything regarding herself. She second-guessed her thoughts, questions, and comments. She doubted her choices and actions. She anxiously controlled how she looked in public and what she wore.

Satanic forces could not destroy her soul, but they could influence her mind until her usefulness in making God’s name great was marginalized. Taking every evil argument captive and making it bow to the name of Jesus was an illusionary theological pipe dream.

What sinful thought fortresses are in your head?

God is truth and His purpose for coming to this world was to transform us so we could walk in His truth. The Devil’s job is to disrupt the truth God provides and motivate us to believe a lie. He hopes to set up deceitful strongholds in our minds.

I have no greater joy than to hear that my children are walking in the truth. (3 John 4)

When the Spirit of truth comes, he will guide you into all the truth. (John 16:13)

What lies keep the Gospel from dominating your thought life? What strongholds have been setup in your mind, that hinder the sanctifying work of God in your life? What sinful thought fortresses reside in your head?

When these types of thought-fortress-lies continue to roll around in your head, they will take your mind captive and will move you out of line with the Gospel. This will ultimately reduce Jesus to become less than what He should be and the Spirit’s power in your life will be reduced to less than what it can be.

Fighting the fight with God’s truth

There are plenty more. Anything that is sinful is a fleshly weapon enlisted to fight a spiritual battle. None of them will work. They will further enslave you while creating more dysfunction in your relationships.

Spiritual warfare looks different. Spiritual warfare is contextualized in the Gospel. The Gospel is the person and the work of Jesus Christ on your behalf. He is the one you need for this battle.

I’m going to take each lie noted above and run it through a Gospel filter. I’m going to lay the Gospel hammer on it, to crush its head (Genesis 3:15).

1. Lies you tell yourself–I have to be perfect.

You do not have to be perfect. In fact, if you try to be perfect, you are rejecting the righteousness of Christ, choosing to hold up your own righteousness as the answer. Not accepting Christ’s righteousness is another Gospel—your own gospel of self-atonement. Not admitting the truth of your imperfection makes you a liar (1 John 1:8).

2. Lies the world tells you–You must be true to yourself.

You must be true to Christ. He is the one you live for, not for yourself. Living for yourself is the lie of the world, a self-centered, anti-Christ way of thinking. You are to die to yourself and fully trust another who knows better than you do.

3. Lies you say in your marriage–It’s your fault/I deserve better.

You will never be happy if things always go your way. You will implode through your continual imbibing of self-centeredness. You’re called to be content as you learn how to be sufficient through Christ rather than your fleshly desires (Philippians 4:11-13).

4. Lies that distort the Gospel–I must earn God’s love/God won’t protect me.

Jesus Christ died for you on the cross. He, who was in the form of God, took on the form of a servant to rescue you. There is no greater love than a man who will lay down his life for another. (Read Philippians 2:5-11; Romans 5:6-9; John 15:13)

5. Lies from the questions we ask–Does God really hear me?

The answer is similar to what you just read in #4, plus a true understanding of a theology of suffering. We are called to suffer, but if you equate suffering to God distancing Himself from you, then you don’t understand God the way you should (1 Peter 2:18-25).

Madison’s battles were not primarily against the people in her world. Sure, her daddy did her a raw deal. She’s had some other bad things happen to her–caused by others.

Her battles go much deeper than what has been done to her by other humans. She is in a spiritual battle with the evil influences in this evil world. When Satan tempted Christ there would not have been a temptation if Satan could not have come through with what he was offering.

When your desires cooperate with evil influences, you can rest assured a stronghold will be setup in your mind. When those lies take your brain captive, then your body will follow suit.

A Gospel-informed mind can easily take renegade thoughts captive to obey Christ. Take the battle in you seriously because your enemy takes it seriously. We should be influenced by the Spirit to desire the things of God. (These are my sermon notes, put in narrative format. You can listen to my pastor’s sermon here, preached 06.03.12. It’s a good one.)

This article also appears on RickThomas.net: “How to take every thought captive.”

63 comments on “How to Take Every Thought Captive: The Battle for Your Mind”