Spying on Your Husband on the Computer 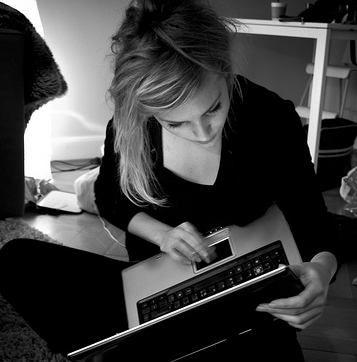 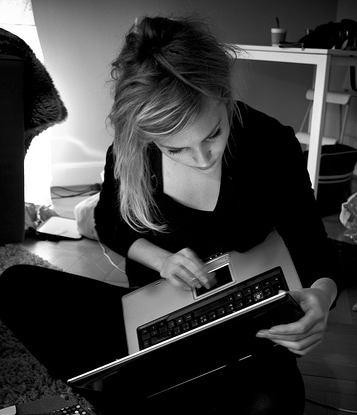 Thinking back on my “Magnum PI” days literally makes my stomach turn.

Once I set eyes on those addresses things changed. I changed. I went from being completely in the dark into being in denial. When I say “denial” I don’t mean, “My husband has fallen down drunk in the living room, and I just don’t want to discuss it.”  What I mean is that my husband became a master at living a cleverly concealed private life, so it was difficult to figure out the truth. Do I operate from a position of suspicion or trust?

Those years were very tough for us both. My husband had no accountability other than me, and I had no one to cry to other than him. It was miserable and absolutely the wrong approach.

Vacillating between suspicion and trust took a big toll on our marriage. I was becoming the parent and he was becoming the child. My respect for him and my romantic emotions were being squashed by the new roles we had taken on in our marriage. Constantly checking on him to “keep him accountable” sounded good but ended up in disaster every time.

When your husband is living a lie, you cannot depend on him to verify the truth for you. He’s not capable of telling you the truth because there is too much to lose. No matter what I found, there was always an excuse. A woman in this situation needs a reliable plumb line so that she can measure where she is in relation to the truth.

Ephesians 1:17-18 says that God will “grant you a spirit of wisdom and revelation.” How do you learn the truth? Ask God to reveal it to you. James 1:5 says, “If any of you lacks wisdom, you should ask God, who gives generously to all without finding fault, and it will be given to you.”

You don’t have to sink to sneaking through his wallet, checking his browser, or listening to his voicemails. God wants to heal your marriage and free your husband more than you do, so ask Him to show you the truth. But finding the truth doesn’t mean you go all “Jessica Fletcher” on him: that’s controlling. It’s about asking God to reveal it to you in His time and then being willing to face it when He does.

I can remember rolling over in bed one night to find my husband’s spot empty again. This wasn’t odd, but on this night I asked God to give me the strength to get up and face my fear on the other side of that door. I remember walking into the living room and seeing proof with my own eyes. I was afraid that the fear would consume me that night.

But let me tell you something. The power isn’t in what was behind that door. There was a lot of pain behind that door, and yes, you’ll have to grieve your losses, but it will not destroy you. The pain will not kill you. It’s not taking the pain out that kills you.

So where do you go from here? As God shows you the truth, truth requires a response. You can flee from it, you can rationalize it, you can suppress it, or you can deal with it.

In our home, by God’s grace, we finally started dealing with it. This is where Covenant Eyes comes into play. My husband has Covenant Eyes on every device he owns. It monitors every website he visits and every link he sees. All of that information is compiled into reports for others to read.

This not only means he is called to task for what he does online; it also means he is willing to be open with me. After years of hiding and justifying, he was finally willing to say that he needed help and that he wasn’t going to keep secrets anymore.

And I can simply be his wife.

6 comments on “Spying on Your Husband on the Computer”