What every son needs to hear from his dad 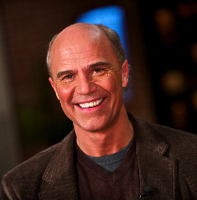 Many dads feel awkward when talking to their sons about girls, feelings, sex, and…yikes, pornography.

Dr. Dave Currie, a counselor and president of Doing Family Right, encourages dads to give a gift to their sons that they likely never received. Talking to their sons about their sexuality, their emotions, and their culture can help boys grow into healthy young men with strong relationships. Opening an ongoing dialogue that answers questions about sexual slang and anything else allows dads to be the “go-to guy” for any of their sons’ questions, Dr. Currie said. And Dad can be a much better source of information than their sons’ friends or the Internet.

Q: My son and I are taking a camping trip and little does he know that I have planned several conversations for him. These are conversations we’ve had in the past, but they are also conversations that need to continue.

Dr. Dave Currie: Exactly, and what a great thing to do. I actually tell parents that ideally it would be over a weekend, a dad and son, or mother and daughter. And it is not just one big slam or two-hour talk and it’s all done. It’s an ongoing conversation. And kind of wrap it around hunting, or fishing, or going to the races, or whatever your family’s thing is.

Q: What are three conversations every dad should have with their son?

And No. 3: “Son, respect the girls you date. Work hard to keep honor between you and them even after you break up. Live in such a way, as you date these girls, that if you ever break up with them, they don’t have hard feelings [or feel that you have ever] used and abused them.”

So those would be the three lessons I would want the fathers overall to teach their sons about dating and sexuality in a broad sense.

Q: Many dads are wondering at what age should these conversations begin.

Dr. Dave Currie: I think we really have to look at what’s happening with the culture. If there wasn’t the Internet and the accessibility, and the online pornography, we could maybe keep it at 10 or 11 to give that first age-appropriate discussion about sexuality. The problem is that kids as young as 8, 9, 10 are seeing way more explicit stuff than would even be shown on TV… So in the last year or so, I’ve been pushing parents to have this first talk about sexual issues by age 9.

Everything is so raw and real, and it’s just so visual, and it’s really destructive. So that talk needs to start earlier to really help your kids.

Q: If a dad has missed this conversation, how can a dad build some rapport and make up for this lost time?

Dr. Dave Currie: Well, you frankly start with an apology. You say, “Son, you’re obviously a teenager now and you have already seen and experienced some things now as you would as every young man does by this time. And, I have really dropped the ball here. I would like to apologize for not talking with you more openly about sexuality and how to understand it better in our culture today. And I’m really sorry. I should have had this talk with you by the time you were 9 or 10, and so I would like to have a discussion with you. But I want to start with just asking your forgiveness. Would you forgive me for not being a better dad and talking to you about this sooner?”

Well if the kid is just kind of in shock, he is just going to say, “Well sure Dad, I forgive you.”

And then I think you make the assumption they already have sexual understanding and experience. You’re out of the loop here, so you’re likely wiser to make an assumption that they know some things. You don’t want to talk to them about sex, you want to talk to them about understanding sex, and there is a huge difference. So I would approach it this way.

And so you are going to start framing it from the side of value, of esteem, of respect, that God created it. As you frame it that way, you could actually move towards seeing where he is at with some of the information side, about the physiological side, about the pornography side, about what he knows, and what questions he might have. But start with the idea of understanding sex, not just talking about sex.

Q: What are some basic steps to be a pure guy? How can a boy remain a pure man for his wedding day?

Dr. Dave Currie: First of all we’ve got to teach about the fundamental truth of integrity. You know the Golden Rule was of course originally Jesus’ Rule, which is do unto others as you would have them do unto you. How we treat others matters to us, it matters to the other person, and it matters to God. That’s really critical, and so I start there.

Second, it’s important to help our kids grasp that God created sex and that it’s a good thing. This was God’s idea in the first place. This wasn’t a mistake. What’s happened of course is that our culture has perverted it, either through some sexual anorexia, which is no sex, or some kind of sexual loss of control or even addiction, where it’s just out of control and there are no boundaries. Both of those are unhealthy. The enemy always takes anything God creates as good and he always tries to pervert it in one direction or another—one extreme or another.

What happens is the girls are assuming that pornography is what the guys want, and so to be popular they’re being drawn toward sexuality almost like, “Well, I guess this is what I’ve got to do, because this is kind of what guys want.” So both sexes have to regain the value of respect, and personal space, and honoring people.

My son in high school dated a girl for some time, and she was a real great gal. We were happy for them and they’d been dating two-and-a-half years or so by then. I said to my son, “You know what, if you end up with (we’ll call her Sally), you’ll end up with a great gal.” I said, “Here’s my prayer for you son, that if you and Sally ever break up, that this is what Sally will say to her friends about you: ‘Whoever dates Brock Currie will be a lucky woman, because we dated over two-and-a-half years and he never disrespected me once.’”

And I just am thrilled that my son is in his thirties, and his old girlfriend is in their friendship circle, and his wife actually had a shower for their baby. Why? Because, he didn’t hurt her. He didn’t take advantage of her though they dated a long time. And this is the idea that we’re trying to convey here that a hero, a man that is a hero today, is a man that can walk in and out of people’s lives and maintain respect, keep the boundaries, and not leave a bunch of used, broken vessels behind him.

I think some of the other things that are helpful, especially with regard to battling pornography, is just being aware of some of the dangers and coach your son on some of the dangers of pornography and its effect on [people’s minds]. I think it’s wonderful to challenge your young men to find a young friend, a buddy that is going to try to walk pure. They can encourage each other. So beyond having an influence with the dad and the son, we challenged the son to find a friend who will make a little commitment to keep you on track and you do the same for him.

And the last thing I think is to say, “You know what, son, it’s going to take a lot of courage to be different in this culture. Now I’m just going to pray that you will be a man of courage, because you are going to have to take stands that are just not popular in this generation, but they’re things that you will never regret. You’ll never regret putting your future marriage first.”

A great truth to get into the heart of a young teen at 10, 12, 14, is that faithfulness to your spouse starts before you’re married. “And right now at 12, son, right now at 11, you can make a decision to be faithful to the woman you’re going to marry, and not mess around, sleep around, or touch a woman in a sexual way. Wait for God’s plan, which, of course, is having a fabulous, amazing, awesome, wild, and hot time on your honeymoon night and on.”

See the July 2012 edition of Pure Minds Online for Part 2 of our Q&A with Dr. Dave Currie, or read the full interview here.