Are Parents Really Aware of How Many Predators there are on the Internet? - Covenant Eyes 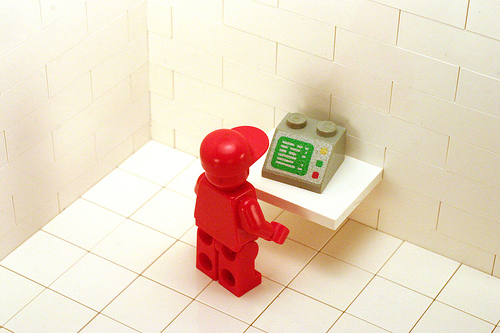 I grew up as the son of an IT professional. As such, my family always had computers in the house. I learned how to play Solitaire on the computer before I learned with a real deck of cards.

When we first started using the Internet at libraries and at home, I remember my parents repeatedly telling my siblings and me not to interact with strangers online. There were many opportunities to communicate with strangers, whether it was through online games, instant messaging, or chat rooms. My parents were also careful to make sure that we didn’t spend too much time online, and they would regularly ask us about who we chatted and emailed with. Now, at twenty years old, I look back with gratitude at my parents’ careful inspection of my online activities.

Unfortunately, not all parents are as well versed in the dangers of the Internet as mine were. Even after more than fifteen years since widespread adoption of Internet technology, the dark reality of Internet predation is not fully understood.

While accurately determining a grand total of online predators is next to impossible, we do know some revealing statistics. According to the National Center for Missing and Exploited Children, one in seven youth has received an unwanted sexual solicitation online.  Even more disturbing, 4% of youth received aggressive solicitations, in which solicitors made or attempted to make contact with the youth offline. Think of a classroom of 25 students. One of them has most likely been contacted to meet offline for sexual activities.

In an interview with Frontline in 2007, FBI special agent in charge Peter Brust reported that for the period in which statistics had been tracked from 1996 through 2007, they had recorded 20,200 cases of online sexual exploitation with almost 10,000 subjects arrested. He warned of online predation: “[I]t’s a crime problem that has grown exponentially over the years and continues to grow every year.”

In 2011, Shawn Henry, Executive Assistant Director at the FBI, estimated that at any given time, there are 750,000 child predators online. He didn’t detail how he arrived at that figure, but it seems a reasonable estimate, especially considering that in January of 2012 the National Center for Missing and Exploited Children placed the total number of sex offenders in the U.S. to be 747,408.

Now that you know more about the vast reality of Internet predators, take the next step to educate yourself on what you can do to prevent predation. An excellent place to start learning more about online predators and prevention is this e-magazine article, “Internet Predators 101.”