Sex in the Media – The Price Our Kids Pay - Covenant Eyes 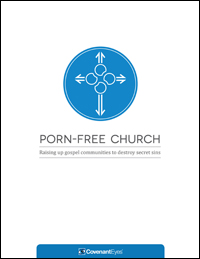 New evidence points to the media adolescents use frequently (television, music, movies, magazines, and the Internet) as important factors in the initiation of sexual intercourse. There is a major disconnect between what mainstream media portray—casual sex and sexuality with no consequences—and what children and teenagers need. – American Association of Pediatrics policy statement issued September 2010

There’s an old advertising industry saying that’s been around forever—Sex Sells! Well, it’s true. Sex sells, it always has, and it sells particularly well to those who don’t know any better: your kids.

I remember first hearing that phrase back in the late 70’s when I was taking a Mass Communication business course in college. This was about 10 years after the so-called sexual revolution took root in our country. By then, I’d already been secretly getting off on pornography for nearly a decade. Back in our Mass Comm class, as we searched through liquor and cigarette company print ads looking for cunningly disguised phallic symbols or the form of a woman’s body hidden in a glass of ice, it dawned on me that while this might be a fun way to pass the time in class, it seemed pretty irrelevant to me in the overall scheme of life. I mean, after all, if you wanted to see a woman’s legs or breasts, we all knew just where to find them. And it wasn’t on TV or in grocery store rack magazines. It was in porn magazines and videos.

A lot has changed in a few decades. Radio, print, broadcast, and now new media have always been aware of the competitive advantage they had in using any and all things sexual as a way to get and keep their audiences’ attention. But never before have they enjoyed being able to operate in such a climate of tolerance of our rapidly shifting sexual values and mores. The result has been an unprecedented rise in both our use of adult-only pornography and our acceptance of and exposure to increasingly pornographic depictions of sex in all forms of mainstream media consumed by both adults and children. And it’s the latter fact that should disturb us all the most, especially parents.