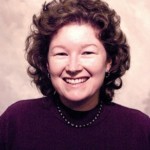 Men in the Image of God

Men were created to be aroused to action by what they see. A man sees a problem or an injustice, and he is moved to resolve it. He sees chaos and works to create order. He sees beauty and is aroused to enjoy it. This reality is neither sinful nor weak. It is part of the image of God imprinted on a man’s soul. God is a God who sees (Genesis 16:13). His eyes go to and fro over all the earth searching for those whose hearts love Him (2 Chronicles 16:9). Jesus lived in perfect union with the Father because He did what He saw the Father doing (John 5:19).

Many men are initially drawn into pornography because they submit to the temptation to enjoy beauty outside of God’s provision for them. Like their great-great-grandfather Adam, they covet what is not theirs and grasp for what appeals to their eyes, disregarding the gift of beauty God has already given them in their wives (or the bride He is preparing for them in the future). Born out of self-reliance and distrust, the decision to “take and eat” has far graver consequences than they realize.

Men and Women in the Image of God

The image of God a woman is much deeper than the beauty of her outward appearance. Women embody the nurturing qualities of God—compassion, comfort, acceptance, rest. While the physical beauty of a woman may be what initially attracts a man to her, it is a woman’s ability to connect with his soul that is the most beautiful gift God has given man to enjoy. The two become one, and the complete image of God is represented in their union. It is a profoundly spiritual reality, and when energized by abiding love, immensely powerful—both in the lives of the couple and those God has entrusted to their care.

The Enemy of Our Souls

There is one who is opposed to God’s image being represented through man and woman in this loving oneness. Since the beginning of time he has deceived men and women, using partial truths and misrepresenting God’s heart in order to prevent us from being one with Him. Pornography has been and continues to be one of his most effective tools for defacing the image of God in man. Do not be deceived into believing that men’s struggle with pornography is merely a weakness of their flesh. The enemy expends much diabolical energy to perpetuate the temptation, whispering words of entitlement and false promises into the souls of men—just like he did in the garden so long ago.

At the heart of the pornography problem, then, is a spiritual dilemma: an enemy who is completely invested in manipulating men to use their God-given strength for evil instead of good, and a crisis of faith in which men must choose to believe that God will provide for their deepest longings or choose to rely on themselves. If the choice is self-reliance, then the door is opened for a comprehensive assault on the two most vulnerable areas of a man’s soul—his longing to be accepted and his longing to measure up.

The first barb that pierces a man’s soul is the illusion of unconditional acceptance and shared intimacy that pornography offers him. It doesn’t matter what he looks like, whether he’s successful in business or out of a job. He can be a lazy and passive man or a controlling and abusive one. He might not have showered or brushed his teeth in days. He may work too much, criticize others, hurt his kids, and neglect his responsibilities. But pornography doesn’t care about all of that. The faces of the models and actresses only reflect desire and the invitation to be with them. There is no accountability, no need for communication, no responsibility, no call to commitment. Beauty is offered with no strings attached—except for maybe a credit card number.

Then comes the second barb, which creates an even more secure hold on a man’s soul—the illusion of adequacy and control. As he searches through images looking for one that will satisfy him, his mood lifts. He is a man on a mission, and it feels so good to be powerful enough to choose the beauty he wants to enjoy. All of the doubts about his adequacy as a man fade in the thrill of the hunt. When he finds what he wants, the fantasy begins. In this fantasy world, the man can either vicariously live through the actors he is watching or in his own mind control what happens, how he performs, and how the other responds. He does not have to worry about the soul of another; he can be completely focused on his own desires and his own pleasure—the ultimate expression of self-reliance.

The two barbs create both an emotional and physiological dependency on pornography. The longings for acceptance and adequacy are seemingly being met in the man’s soul, while at the same time he is experiencing an elevation in his mood as his encounter with pornography intensifies and eventually culminates in sexual climax through masturbation. Over time, the man’s soul and mind become trained to look to pornography every time he feels rejected, misunderstood, alone, bored, anxious, inadequate, or overwhelmed. Although he may not know it, pornography has now taken him captive. And it will take a rescue mission led by God Himself to free him.

The Spirit in Wives Grieves

Men are drawn into pornography because they were created to enjoy the beauty of a woman’s body and soul. The enemy perverts what God meant for good to entice men to take what does not belong to them, using their own longings for acceptance and adequacy against them to perpetuate self-reliant and self-centered choices. As women we feel deeply hurt and angry that what we were created to offer our men emotionally, spiritually, and physically is disregarded and ignored. We do not feel valued, protected, desired, appreciated, nor respected. The Spirit of God in us is utterly grieved.

Fortunately for us, God loves the same men we do. And that reality presents us with an opportunity to entrust our hearts and our men to Him.

Melissa Haas
is the author of L.I.F.E. Guide for Spouses, a recovery workbook for spouses of men or women battling sexual addiction. Melissa facilitates weekly spouse’s groups for women whose husbands struggle with sexual addiction and directs all women’s ministries for the HopeQuest Ministry Group. Melissa began her ministry career as a missionary with the International Mission Board in Kenya where she and her husband Troy served for six years. Since January 2001 Melissa has worked with HopeQuest to formulate a ministry program for wives who have experienced difficulties related to their husbands’ infidelity or sexual sin.