A Model Uncovers the Truth about Modesty - Covenant Eyes 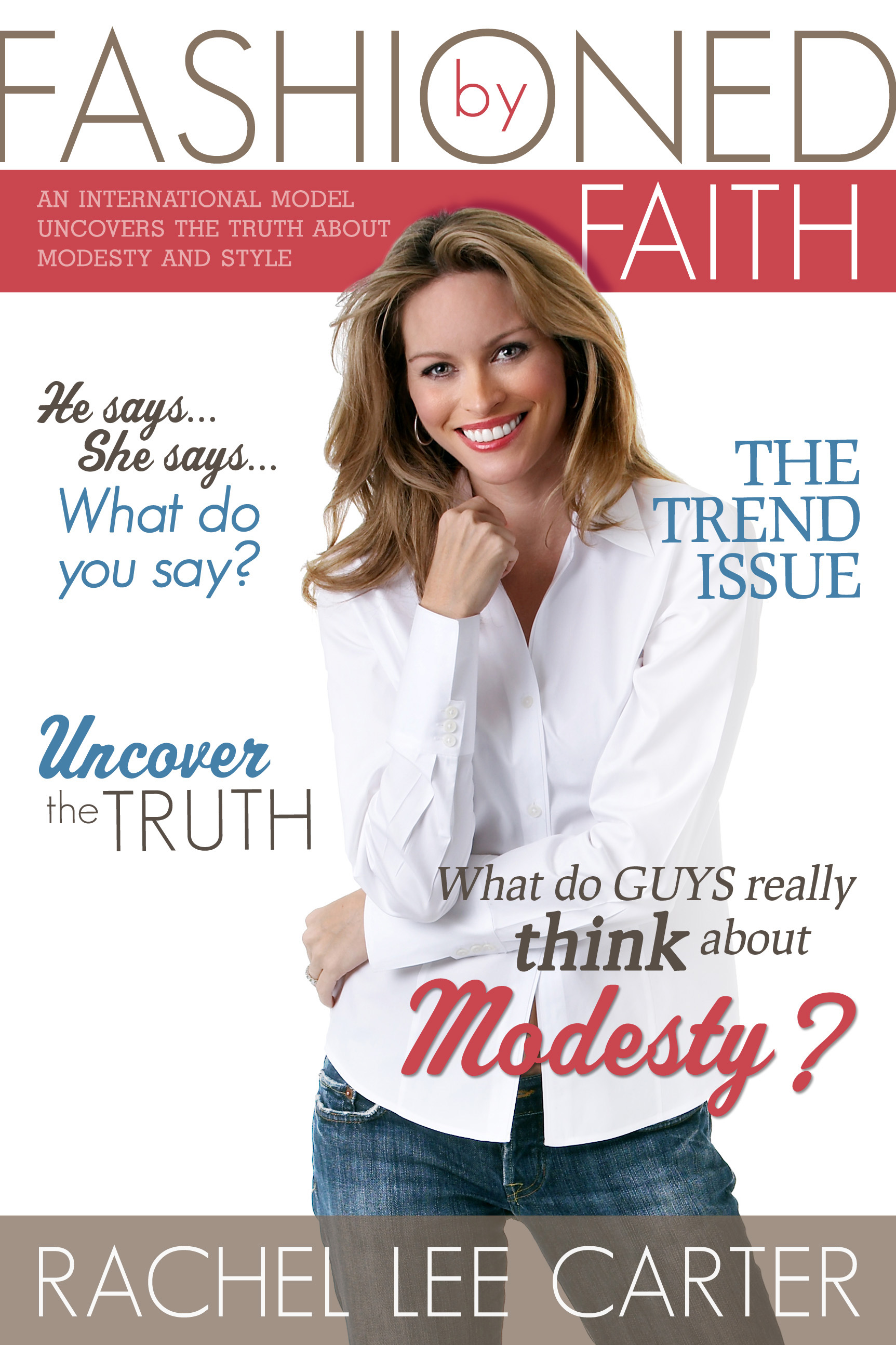 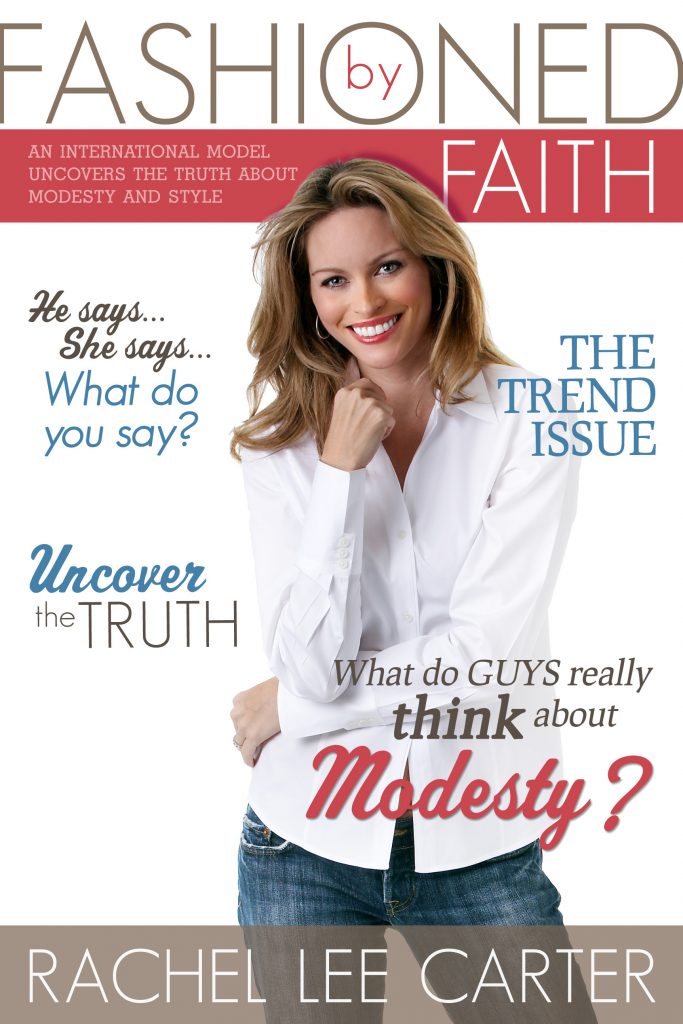 When I came to the Lord as a professional model in New York City many years ago, I had to learn that my choices reflected my heart. This included the clothes I wore and how my wardrobe spoke volumes of where I stood in my relationship to Christ.

First Samuel 16:7 says, “Man looks on the outward appearance, but God looks on the heart.” This passage used to bring me comfort whenever I felt like others were judging me. I would smile inwardly and quote the verse to myself in a self-righteous tone. It wasn’t until much later God revealed my true motives and everything that was in my heart. My pride, selfishness, and entitlement became more obvious to me the closer I walked with the Lord. This especially included my wardrobe choices. I struggled with it—I really did. We’re so often taught not to worry about what others think about us. And I didn’t. If I liked it, I wore it…get over it. Then, as I thought of this verse, and as God opened my eyes, something strange happened. I was terrified God did see my heart. The verse no longer brought me comfort but shame. I knew what lurked deep down, and it wasn’t pretty. Even though others might not have known, God knew.

This is when God pierced my heart about modesty. About ten years into my career I was asked to model a bra for a department store catalog. I had never modeled lingerie before but wasn’t dead set against it. I justified it telling myself, “Even Christian women wear lingerie.” Besides, this wasn’t smutty underwear—it was full-coverage lingerie. I booked the job without counting the cost and the pictures came out in Sunday’s paper.

During this time, I was just about to launch the ministry Modeling Christ. I went to my pastor, to seek an endorsement, but instead he gently prompted me to consider just what I had been modeling. He confronted me, in love but with firmness, on appearing in the lingerie advertisements. I felt stubborn and immovable, but I told him I would pray about it. I must confess I didn’t understand because I felt the clothes were modest. What irony. This is how I know modest is a relative term. It means different things to different people.

My pastor proceeded to tell me men think differently than women do, and that even though the garments weren’t revealing to me, they still had the potential to make men stumble. I wondered just how that was my problem. He went on to tell me many men had come to him in need of counseling because they were struggling with pornography. At this point I began to feel anger because my modeling was definitely not pornography. As he gently continued, he shared with me most of these Christian men admitted their lusting and stumbling began with the images seen in a typical Sunday paper…the kind of images I was appearing in. The way I heard it—and the way he intended it—was these kinds of ads were an introduction to pornography. One thing I understood for certain: men do think differently than women.

I did pray about it, but I struggled with the concept. I wrestled with the idea of needing to change the way I dressed because of the potential my choices had in making someone else falter in their faith or in aiding pornography. But the more I prayed and sincerely wanted to know God’s will, the more my heart became convicted of the matter. My heart was changed, not because of my pastor (though God used him to initiate it), but because God cares about this issue. God did create men to be different from women.

When I accepted this standard and asked for God’s forgiveness (for my unyielding spirit and for any damage I may have already caused another), I realized I’d have to explain to my agency I would no longer be available to model lingerie. This was a difficult task because I feared their judgment. Fortunately they appreciated my honesty and conviction and removed it from my status list.

However, not long after that, I was on a booking for a national catalog that paid $1,500 a day. The client’s demographic (the women they advertise to) was 45- to 65-year-old women. The wardrobe consisted mostly of sweaters and trousers, but they had to do a makeup shot they missed the day before. It was a bra: a large granny-panty bra, but a bra nonetheless. Since I was the only model booked, they asked me to shoot it. I squirmed and shifted but knew my answer had to be no. I expected them to appreciate my moral compass as my agency did, but this was not the case. They were angry. They called my booker and demanded I do the shot or they’d let me go for the day and not have me back. This was extremely hard for me, but I stood my ground. I spoke with my agent and God gave me the words: “If my morals were for sale then I’d be a prostitute.”

I gasped at my audacity but found acceptance and respect from my booker. She spoke with the client and stood by my decision. I did get dismissed and lost the client, but I gained something else that day…dignity.

The reason I share this story is to convey the importance our decisions have on others and on our walk with the Lord. As moms, we must model dignity and modesty to our kids. The Word of God is clear: I also want the women to dress modestly, with decency and propriety (a love for spiritual things)…appropriate for women who profess to worship God” (1 Timothy 2:9-10).

Parents, please be proactive in your daughters’ clothing choices and teach them how God expects us to represent Him. They can still be a proverbial clotheshorse—as I am—but one that doesn’t let today’s fashions dictate their convictions.

Fashion should be fun, spontaneous, and enable women and girls to express themselves. But a good model (or role model) doesn’t have to sacrifice her purity, dignity and worth on the altar of bad taste.

Modesty is becoming a growing fashion trend. So, for the sake of pure fashion, teach them to show off their best side…their inside. 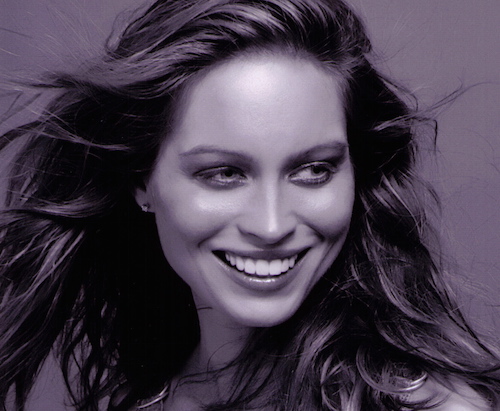 Rachel Lee Carter is an international professional model of more than 20 years and has worked for clients such as Cover Girl, Tommy Hilfiger, Reebok, Clairol, Wrangler, Fitness Magazine, Perry Ellis, SAKS Fifth Avenue, Neiman Marcus, Bloomingdales, and many others. She is represented by top tier modeling agencies worldwide. She is also a former contestant of the Miss Teen USA and Mrs. United States pageants. She is a graduate of the Word of Life Bible Institute in Schroon Lake, NY. Rachel is the President of Modeling Christ, a faith based organization addressing the issues and needs of both participants in the modeling industry, and the world it influences. Her book, Fashioned by Faith is available now for pre-order on Amazon.com. (available in bookstores May 2011).

6 comments on “A Model Uncovers the Truth about Modesty”