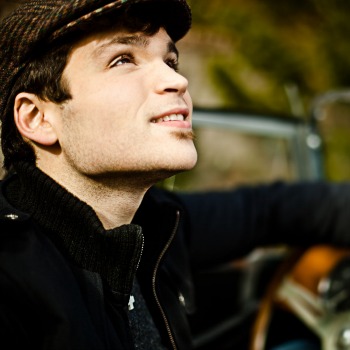 We all have our hidden corners. You know, those secret and wicked sins in our life that look so attractive in the dark, so much so that we sometimes spend our whole life trying to keep them from the bright exposure of the Son. Indeed, we all have hidden corners. Some are just better at hiding them than others.

I was 9 years old when my secret began. I was a 4th grader with 6th grade friends, friends who had access to pornography and graciously let me indulge with them. They took me to a nearby park and there under the playground’s kid castle was a magazine. I imagine many reading this were my age or even younger the first time Satan got his foot in the door of their hearts using pornography. What I cannot imagine is just how much it breaks the heart of God to see little ones corrupted. From that day forward I was living with an addiction, an addiction that wouldn’t leave for many more years to come.

In this video: Jimmy Needham

It’s interesting to me that ultimately God would use this addiction to bring me into a relationship with Him years later. I came to know God at the beginning of my sophomore year of high school. I had one Christian friend in school who was truly walking with Jesus, and he took me under his wing. One day I was compelled to tell Him the things I was involved in. I hadn’t ever opened up to anyone about it and it was tough to confess. But, I mustered up the courage and spilled my guts to him on the way home from school. I hadn’t cried that hard in years. I remember being shocked as he told me that he struggled with the same thing, but that the difference between me and him was that, although he struggled with lust, he was already free from it’s power over him and I wasn’t. He told me about the liberty from sin and death that Jesus brought him, and that evening, with a broken and contrite spirit, I committed my life to Christ.

I suppose I thought from that day forth, everything would be smooth sailing: no more lust, no more porn, just freedom! I was wrong, and anyone who knows God can vouch for me. The battle had only begun. I found myself struggling even more than before, and now I had the added bonus of the conviction of God every time I sinned. If you are anything like me, you have felt incredibly frustrated at yourself in view of your sin. I began to live in a constant state of guilt and shame, always imagining the scowl of my God as He looked down on me from a lofty place.

A Vision of Jesus

There was one night in particular that was quite difficult for me. I was still in high school. My parents had gone to bed and I was alone in my room with my computer. I got off the computer, having stumbled again, and hit my knees right by my bedside. I remember crying out to God in the darkness of that room. I told him I wasn’t worthy of Him. I told Him how I just kept on sinning against Him and it seemed like total victory was nowhere in sight. I didn’t deserve Him, and I knew it. I remember wanting Him to just leave me in my sin. He was too perfect, and I was too wicked.

That’s when it happened. As clear as I can see right now, I had a vision. I saw myself kneeling by my bed, broken, hurting, and ashamed. And then, I saw the Lord Jesus, Maker of Heaven and Earth, come and kneel beside me. No words were spoken. All He did was put His hand on my back, and we knelt there in silence. I was so moved by that simple gesture of God that I wept, and wept hard. In that simple, silent vision God spoke louder to me than ever before. I sensed Him saying to my heart, “I’m near. I care. I forgive you.” In a lot of ways that was the beginning of the end of my addiction. 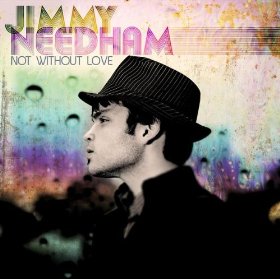 Recently this experience was the topic of a song I wrote called “Before And After,” which can be found on the CD Not Without Love.

From that moment on I began to walk in some very liberating principles. The first is this: “There is therefore now NO condemnation for those who are in Christ Jesus” (Romans 8:1).

When we begin to understand that this cloud of guilt over us isn’t from God but from our own misunderstanding of His character, and when we begin to understand the nature of our salvation, then we have one less inhibition that keeps us from fully walking in obedience to God. Our God is for us through Christ. We are as “saved” now as we ever will be. We are His. Let that truth sink into your bones today.

Another sweet truth I learned that gave me great victory is this: Our Father is pleased with baby steps. Could you imagine a father getting mad at his 1 year old because he was having difficulty learning to walk? The thought is absurd! Any little progress the child made, the father would rejoice with him and encourage him to go further. I believe it is the same way with God. He is our Father and we are His children. As it is with earthly children, we too start off as spiritual babies, and the progress we make in this life, though small to be sure, our Father rejoices in it. No longer do we need to fear the judgment-laden, wrathful heart of an angry God. We are children in the household of the King and He loves our progress.

Understanding these things along with some helpful resources, was crucial to me finally seeing victory in my life. When I entered college I redoubled my zest to beat this addiction with God’s help, and soon I was going a couple weeks without falling, then a couple more, until one day I was just done altogether with it. That was a little over 3 years ago now and I haven’t fallen back into the snare of pornography. Though the journey hasn’t been easy and I am still fighting the battle of lust every day, I am walking in victory because of the power and promises of a loving Father and the freedom provided through His Son.

For anyone who is interested, I always recommend a book by Joshua Harris called Sex Isn’t The Problem, Lust Is (formerly titled Not Even A Hint). I’ve bought this book for so many people, it’s almost innumerable. It’s a tremendous tool to defend against the sin of lust in a way that is biblical, grace filled and, most importantly, non-legalistic. A must-read for anyone struggling with this sin.

I hope you’ve been challenged and encouraged. Liberty from lust (and its manifestations in pornography addiction) is not only possible, it is yours already for the taking in Christ.

I said you gotta leave, you gotta promise me
It’s the beginning of my end, you gotta promise me
How can a holy God renew a wicked Pharisee
I’m saying I’m like Peter in the boat, so just depart from me
It seems I’m destined for doom like ancient prophesy
And in the dark I’m consumed, it’s just too much for me
With sin in full bloom, my gloom booms by the full moon
And I’m thinking to myself, ‘how can You rescue me?’

Then in the darkness of this room, You snuck up next to me
You put your hand upon my wound and whispered ‘rest in me’
And there I stepped out of the tomb and into destiny
The rest they say is history
Your grace is such a mystery 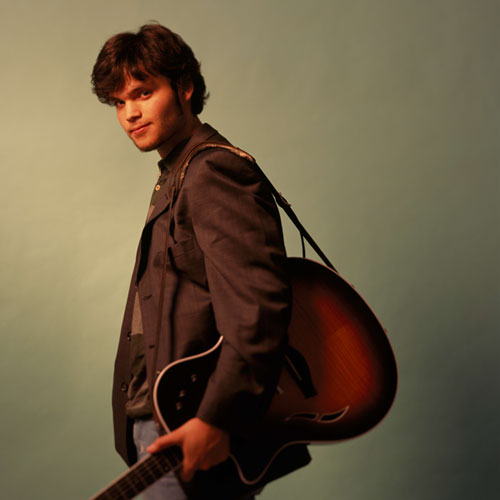 This is a guest post by Jimmy Needham. Jimmy has recently released his second Inpop studio album, Not Without Love. Jimmy’s bluesy and soulful style is matched only by the profundity of his lyrics. Jimmy’s musical influences include Jonny Lang, Lauryn Hill, Gavin DeGraw, Marc Broussard and Jason Mraz, but it is the late Keith Green that has influenced him lyrically. “If music—especially Christian music—doesn’t either cause me to repent or worship, then I don’t know why I’m listening to it. And I think that’s why I like Keith Green so much. He didn’t sugarcoat things.” And neither does Jimmy.